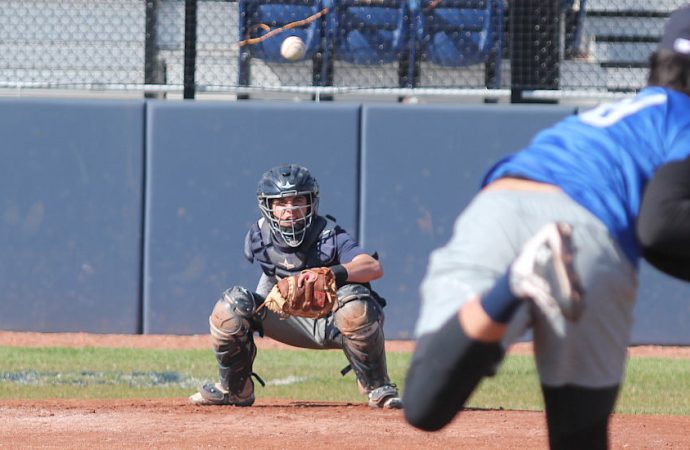 Eyston Lakkala was too excited to sleep in Sunday morning.

It is not every day that you get the chance to play catcher for a Major League pitching prospect.

Then, the soon-to-be Butte Central junior caught a “bullpen session” from left-handed flamethrower Jeremy Wu-Yelland, whom the Boston Red Sox selected in the fourth round of last month’s draft, on Miners Field at 3 Legends Stadium.

Wu-Yelland, a Spokane, Washington native who pitched three seasons at the University of Hawaii, was in town with his girlfriend to visit her grandparents for the Fourth of July. Butte’s Bill Dunmire, a friend of Wu-Yelland’s girlfriends’ family, helped set up the pitcher with a catcher.

It just so happens to be that the catcher is also a huge fan of the Red Sox.

“My dad came down in my room and said, ‘Bill Dunmire has got a guy for you who got drafted by the Red Sox,’” Lakkala said. “I hoped on it. I was scared sh*tless, but I was like, ‘I’ll do it.’” 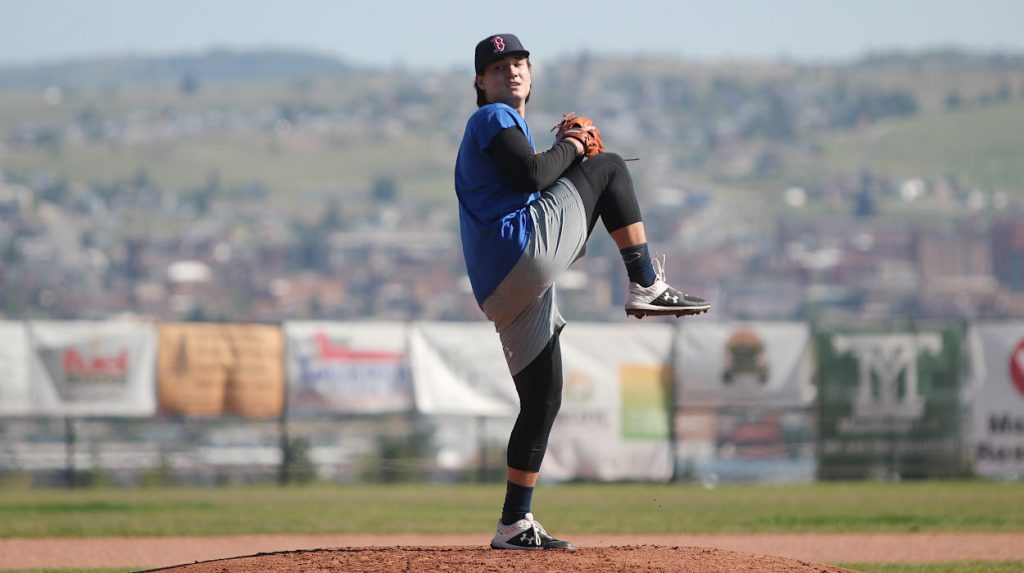 Lakkala headed to the stadium, beating Wu-Yelland by about an hour. He took the tarp off the mound and the one covering home plate. He also made sure the mound was in game shape.

“I thought a guy like that doesn’t deserve to throw in a Butte bullpen,” Lakkala said. “He might as well throw off the real mound.”

Then Lakkala nervously waited, wondering if he was going to “break his other wrist” by catching a guy whose fast ball tops out at 96 miles per hour. Butte ace Ryan Wahl throws about 80, Lakkala said.

Lakkala is new to the Miners this year. He missed the first part of the season because he had surgery to repair his right wrist, which he broke playing football for the Maroons last season.

While he said his hand tingled for a few minutes after the session that lasted about 35 pitches, Lakkala was happy to report no additional injuries.

“The goal is to try to catch it in the pocket of the glove, but if it hits your palm it stings,” Lakkala said.

How many times did that happen?

“Probably about five,” Lakkala said with a laugh. 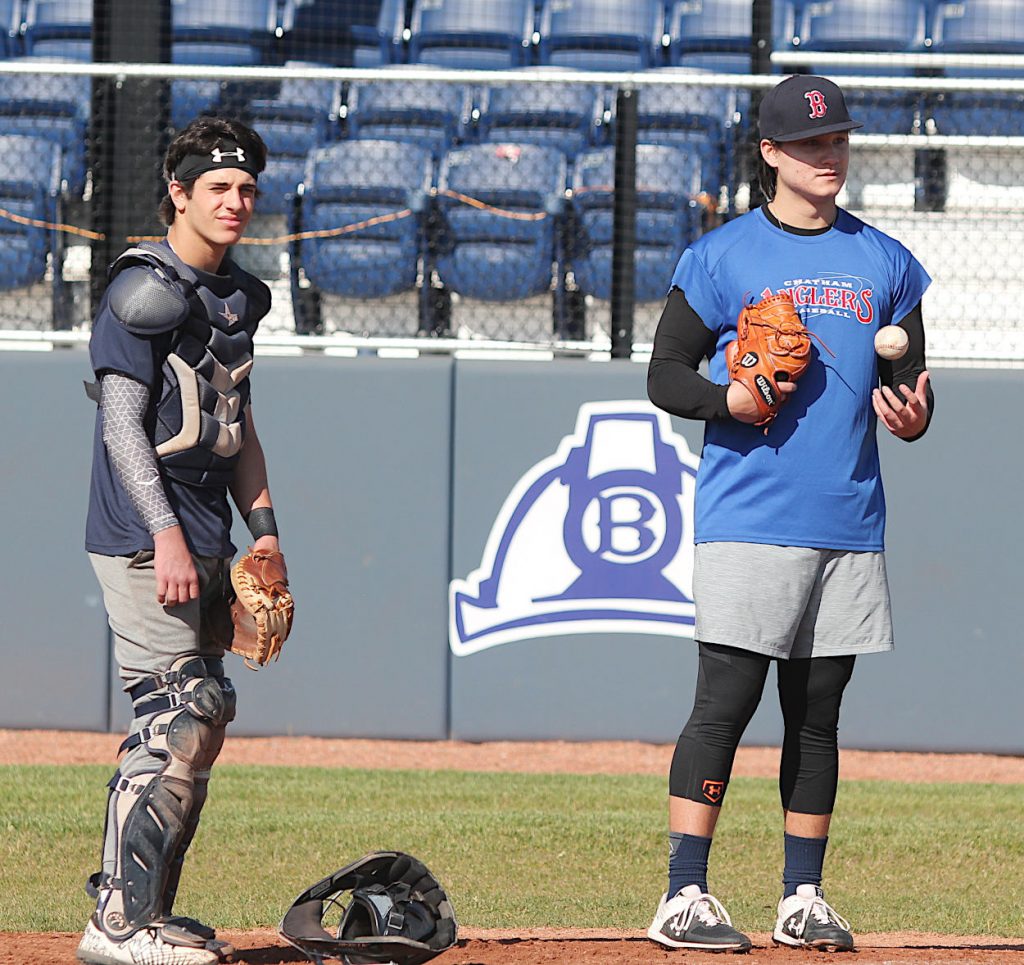 Only three or four of the pitches got by Lakkala, who played long toss with Wu-Yelland before the “bullpen session.”

“He did well. It’s hard for a high school guy to adjust to that, just the speed and everything,” Wu-Yelland said. “But he did good. He stayed on it.”

The pitcher who posted a 2-1 record with a 3.15 ERA while pitching for the Chatham Anglers — like Freddie Prinze Jr.’s character Ryan Dunne in the 2001 movie “Summer Catch” — in the Cape Cod League last summer, unleased his entire arsenal on Lakkala. (Read more on Wu-Yellich’s workout at RedSoxLife.com) 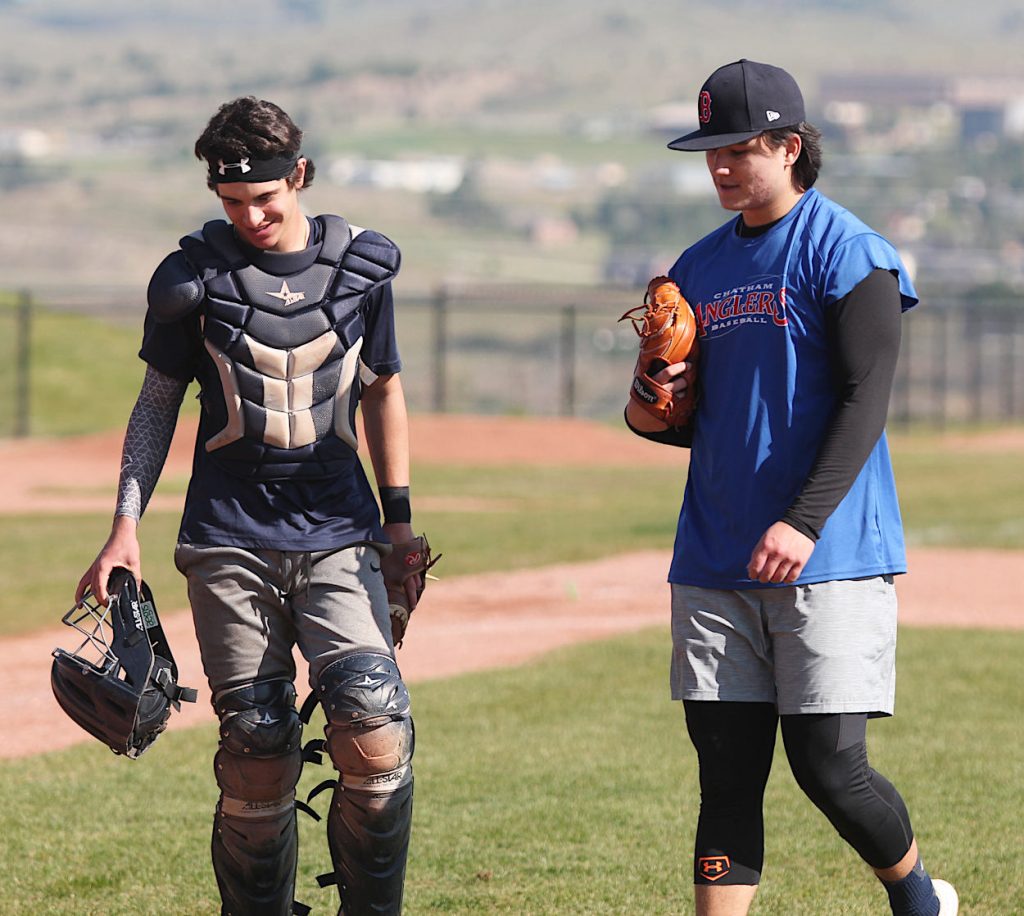 Lakkala and Wu-Yelland talk at the end of the workout.

Before, during and after the session, Lakkala and Wu-Yelland exchanged small talk. Some the few family members watching could hear, and some was private between the pitcher and catcher.

Lakkala said he took note of Wu-Yelland’s message that players without high exposure during high school can still make it to the big time. Wu-Yelland was picked by the Red Sox with the 118th overall selection, was seen by many “experts” as a “reach” pick by Boston.

Wu-Yelland said that is because he comes from a part of the country not exactly known for its baseball.

“I had a pretty good high school career, but Spokane is not a big baseball town,” Wu-Yelland said. “It’s kind of the same thing a lot of those guys go through, struggling to get seen by guys. If you want to keep playing, someone will find you, and you’ll find a way. That’s the biggest thing for anyone from Montana playing to remember.”

Lakkala, who figures to have a big season at running back for the Maroons, said that college baseball is something that he has considered. He knows, however, that the odds are stacked against him.

Montana is one of two states in the country without high school baseball. Wyoming is the other.

Making it out of Butte, which is a mile above sea level in the Rocky Mountains, is even more difficult because of the weather. Rob Johnson, who spent time with the Mariners, Padres, Mets and Cardinals, is Mining City’s only modern-day professional baseball player.

“It’s tough in Butte,” Lakkala said. “I don’t know what I want to do yet, I’m thinking of playing either college baseball or college football. College baseball is a tough one to get offers.”

Even if Lakkala never plays an inning of baseball beyond American Legion, though, he will always have Sunday to remember. For the rest of his life, Lakkala will get to say that he got to catch a Big League prospect with some big-time heat.

“That is really cool,” Lakkala said. “It’s not every day you get to do that.” 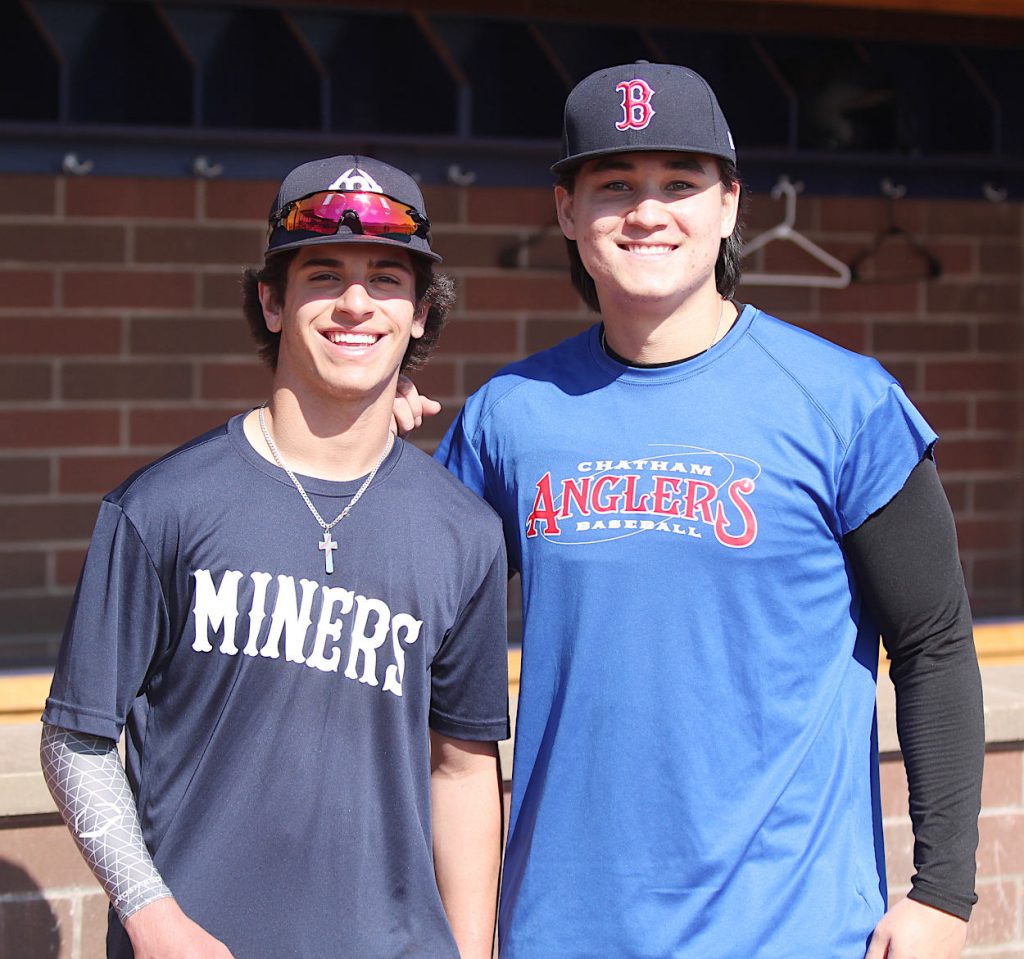