A complete recap summary for the tournament can be found below and on the Butte USBC Facebook and website (ButteUSBC.com).  The top winners for this year’s Open and Women’s tournament are:

Every year the Butte Bowling Association sponsors a men’s and women’s honor team made up of some of our oldest active bowlers.  This year’s men’s honor team, which won the Division 2 team title, was made up of Chuck Pewitt, Ray Marshall, Galen Rich, and Leroy Lee.  Joan Murphy, Judy Gustavsen, Char Erwin, and Vonnie Dahlman made up the women’s honor team. 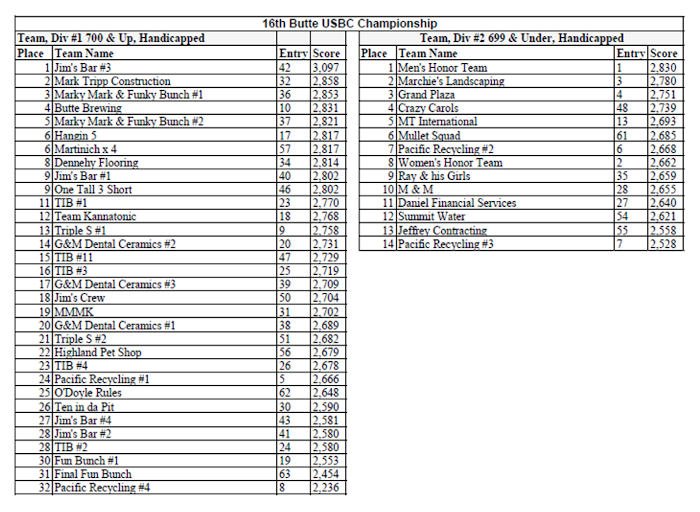