Butte runners up and down on new ‘Carnival’ course 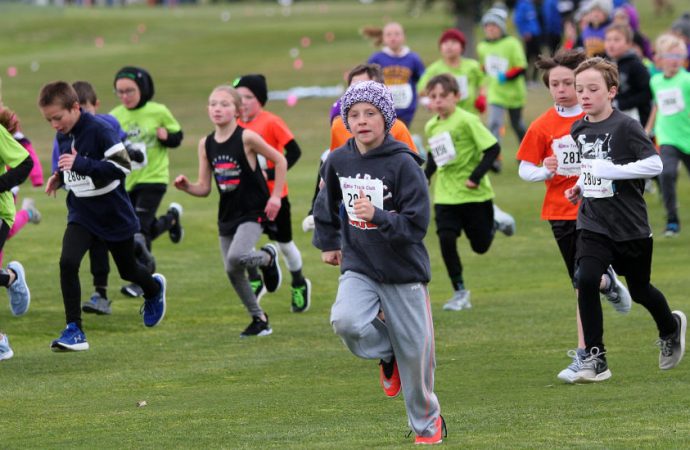 Boys and girls take off down the opening straightaway in the grade school race of the Butte Invitational Cross Country Carnival Saturday at the Highland View Golf Course in Stodden Park. (Bill Foley photos)

Some 1,335 runners competed in the race. That included all 15 Class AA teams from Montana. (Results)

The Carnival also saw an exciting finish to the grade school 1-mile race, with Chase Choquette of Hillcrest sprinting down the stretch to edge Camden Houchin of Whittier by less than 2 seconds.

Most of the downs involved injuries and sickness.

Chase Choquette of Hillcrest, right, passes Camden Houchin of Whittier in the stretch run of the grade school race. 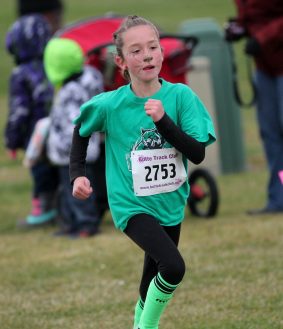 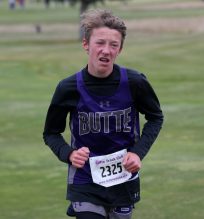 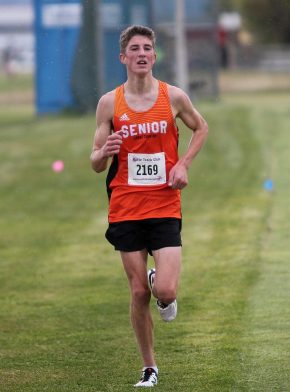 Boys and girls take off down the opening straightaway in the grade school race of the Butte Invitational Cross Country Carnival Saturday at the Highland View Golf Course in Stodden Park. (Bill Foley photos) 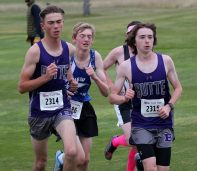 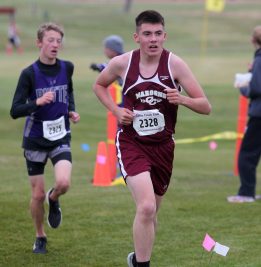 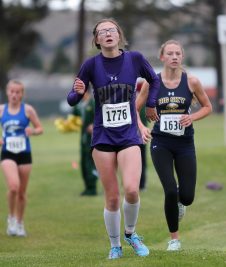 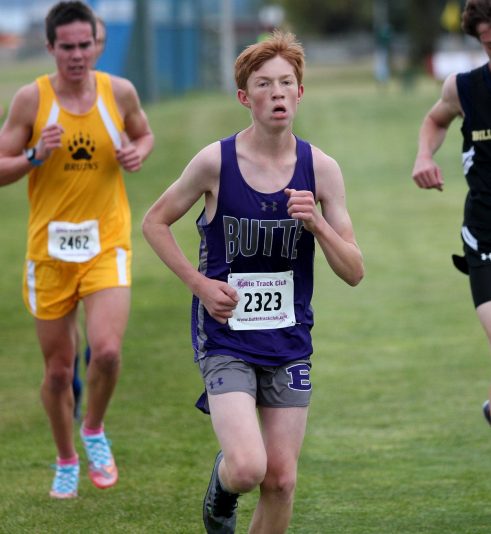 “On the girls side we’re dealing with injuries and illnesses and with our low numbers, it’s hampered our progress this season,” Butte High coach Guy Wadas said. “But the healthy girls had a big day.  I am proud of all the JV girls.  They ran amazing races.  Ida had a good race.  She been battling some aches and pains as well.”

Butt Central’s Savannah Parks fought off some pain to finish in 24:07.

“Savannah ran OK, but she has had a sore shin for a few weeks that won’t quit nagging her,” BC coach Bob Johnson said.

Butte High’s boys, who have been returning to full strength after a rash of injuries and illness.

Bozeman won the team title on the boys’ side with 38 points. Billings Senior took second at 91, and Helena placed third at 115.

“In the boys races,  I think we performed pretty well,” Wadas said. “We beat a team (Belgrade) on overall time and on points.   We haven’t done that all season.  I think some of the runners were disappointed, but it was a tough week with homecoming events as a distraction.”

Owen Smith of Billings Senior won the boys’ race in 15:50. He beat Connor Ohara of Great Falls Russell by 10 seconds.

Hillcrest took the boys’ team title with 24 points. Whitter was second at 33, and Kennedy took third at 90.

Last year’s meet was held at Fairmont Hot Springs because of construction at Stodden. When the meet moved back to Butte, organizers designed a new course to incorporate more of the Par 3 Course.

“With the new course layout, the times were just as fast as before,” Wadas said. “I think it’s a more spectator-friendly course and a whole lot more interesting with the change in terrain on the Par 3 course.”

The Butte High and Butte Central runners will head to the Capital City 7 on 7 meet in Helena.