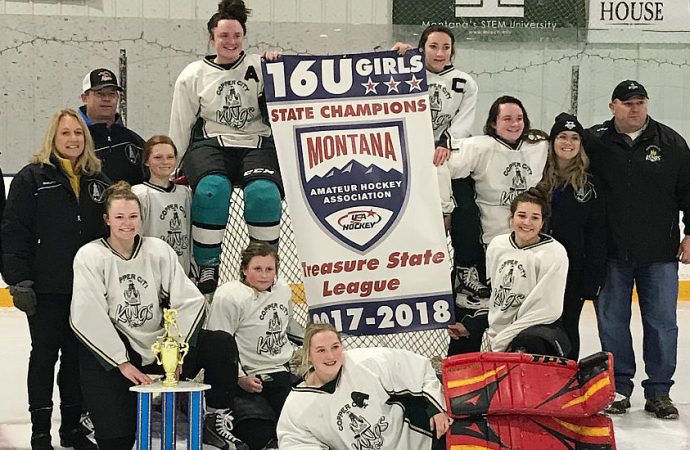 The Butte Originals are shown after winning the 16U state championship Sunday at the Butte Community Ice Center. (Courtesy photo)

The Butte Originals captured the 16U girls’ state hockey championship Sunday at the Butte Community Ice Center. The Butte club knocked off the Havre Ice Dogs 1-0 in the title game.

The win marks the first ever girls’ hockey state title for the Butte Amateur Hockey Association.

The Originals, who had strong goaltending in the title match, won with a short bench of only seven skaters.

The tournament began Friday night with Butte knocking off Havre 4-2. The Originals skated to a 3-all tie with Moscow on Saturday. Havre and Moscow then played twice, with Havre sending Moscow home on Saturday night.