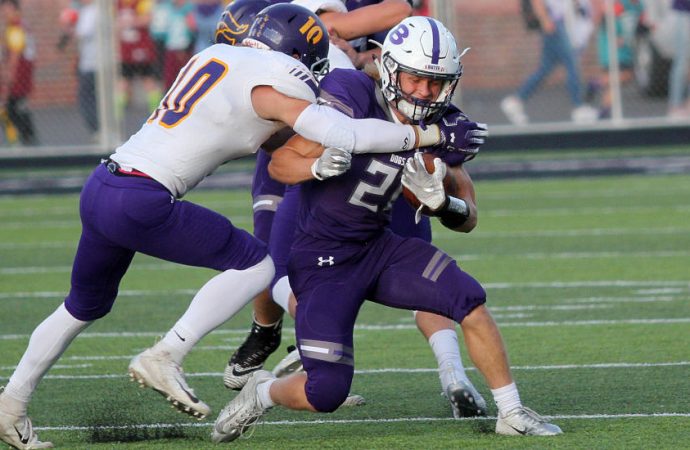 It turns out Josh Neil will get one more chance to play a high school football game.

The recent Butte High graduate was selected to represent the Mining City in the Knights of Columbus Badlands Bowl June 15 in Miles City.

The game, which is the 26th, pits Montana stars against North Dakota stars. The game is also referred to as the “MonDak.”

He will leave Saturday to check out Billings and the Rocky Mountain College campus, where he’ll play football for the Battlin’ Bears, before checking in with his teammates on Sunday. Neil signed with the Battlin’ Bears in February.

“It came completely out of the blue for him,” Grey said. “It’s a great opportunity for him to go and compete.”

The selection came after Neil missed much of his senior season with an injury that nearly cost him his left leg.

What seemed like a minor leg injury suffered at practice on Wednesday, Oct. 3 turned into Compartment Syndrome and needed emergency surgery.

He made it back to line up as Butte High went into “victory formation” in a win at Missoula Big Sky that clinched a playoff berth for the Bulldogs. However, he couldn’t play in Butte High’s final four regular-season games or the Bulldogs playoff loss at Billings West.

Neil ran for 299 yards on just 42 carries last fall. His injury came four days after he rushed for 104 yards at Billings West. He also caught 13 passes out of the back field. It would have been 14 if an 80-yard catch and run for a touchdown wasn’t called back by a penalty in Bozeman.

The injury likely cost Neil a chance to play in the Montana East-West Shrine Game, which is next month in Butte.

The most important thing, though, is Neil’s leg is much improved. He is way ahead of the time frame that originally was going to keep him from running for several months.

“It’s a lot better than I thought it would be at this point,” Neil said.

The 5-foot-9, 155-pound Neil had a strong track season, advancing to the Class AA State meet in Kalispell as a relay runner.

Neil, a running back at Butte High, will play receiver in the Badlands Bowl. He’ll wear No. 31.

“I’m pretty excited,” Neil said about playing receiver. “I think that’s what I’m going to play at Rocky. I’ll get some practice.”

The Montana roster is a loaded one. The quarterbacks are Blake Thelen of Great Falls High and Kris Brown of Bozeman. Preston Blaine of Kalispell Glacier and Joe Olson of Bozeman.

“There are some studs,” Neil said.

Montana has dominated the game, especially lately. The Treasure State has a four-game winning streak, including wins of 63-0 and 55-7 the last two years.

Overall, Montana has a 19-6 record in the game.