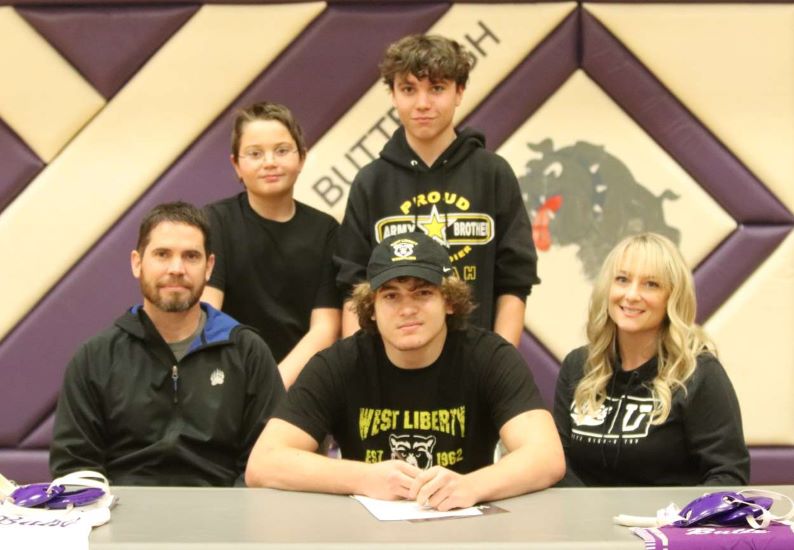 A technician with quick defensive reaction, Butte High wrestler Mason Christian is probably more likely to win a match by 3-2 than one 8-4. His bouts are grinds.

Such toughness, physical and mental, has taken him to a college program, a reward for his state Class AA championship at 182 pounds last year following a third-place finish at the same weight in 2020.

“I was looking at the top five wrestling programs in D-II,” Christian, who flexes academic muscle, too with his 4.0 grade-point average and 32 ACT score. “I was trying to pick the one with the best fit and would be affordable.”

West Liberty placed third in the 2002 NCAA Division II Tournament. It has academy-type curricula with an accompanying hard-study reputation. It was what Christian was seeking with his plans to major in biochemistry on the way to becoming an orthopedic surgeon.

The connection was made between flights, literally.

Christian said he was in an airport on his way back to Butte from a recruiting visit to another school when he sent an e-mail to West Liberty head coach Danny Irwin. The e-mail was answered.

“I reached out to them first,” Christian said. “(Irwin) read it and he said he then looked at hours and hours of film on me. And, then he got back to me.”

Christian made the acceptance official Thursday, signing the document in the Ross J. Richardson Memorial Gym at Butte High School in the presence of his parents, Jacob and Shelly, and 13-year-old brother Colton. An older brother, Logan, also wrestled for Butte High and is now a student at Montana State University.

“Mason is a kid who has taken his own career in his own hands,” Butte High head coach Cory Johnston, who also attended the signing with members of his staff. “He’s No. 1 on that list. He’s a mat rat and gets into the wrestling room as much as possible.” 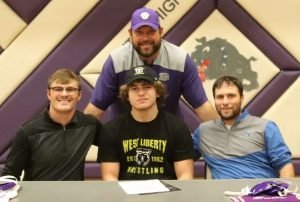 Christian said he figures to be in the Bulldog lineup at 205 pounds this year, having gained weight and strength since last winter.

“I would say West Liberty is pretty darn lucky,” Johnston said. “I told him to take care of the academic part of college, because wrestling will always be there. College wrestling is such a fulltime commitment. We’ve had a lot of great wrestlers come through here and have the chance to wrestle in college, but weren’t ready to make that commitment. Mason has all the inner ability to do that.”

“I’ve always wanted to see if I can make an impact in college,” Christian said. “I believe I’ll get a pretty good shot. I wanted to be part of championship team in college.”

He said he wants to be part of one in high school, too. The Christians moved to Butte from the Kansas City area prior to Mason Christian’s freshman year. Johnston remembered him as a 138-pounder as a freshman, who was injured during Christmas Break and missed the rest of the season, then returned at a 160-pound sophomore who placed at state.

“I didn’t come in as an ‘elite’ wrestler,” Christian said. “I was pretty crappy and didn’t start getting better until my sophomore year.

“I want to get a team trophy, now. I want to be a state champion again. But, I should have some good competition.”

He said concentrating on the team success is more important, now that he has his college future confirmed.

“Mason is very self-made,” Johnston said. “I know he thanks all the coaches who have been there to help him out, coaches way beyond me. He’s great for the program.”

“I’m really grateful for the coaches who have helped me,” he said. “All my coaches here have helped me. I’m glad to be a Butte Bulldog.”

The style is unusual. Christian competes in a sport of urgent clock-watching with patience. It was a 3-2 decision over Kalispell Flathead standout Noah Poe-Hatten that brought Christian his championship last February.

“I’m always trying to think a move or two ahead,” he said. “I’m a heavier wrestler, but I’m not one of the fastest or quickest one. I’ve been doing pretty well at being in the right position in the right time.”

He seems to be doing the same for his future.