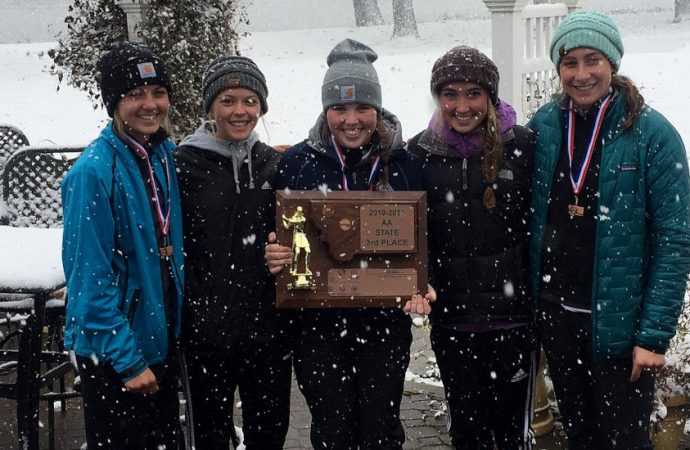 GREAT FALLS — Butte High’s golf teams might be heading home from the Class AA State golf tournament with some frostbite.

They will also have four medals and one trophy.

Butte High’s girls captured the third-place trophy for the second straight year Tuesday. This time, they claimed the hardware at a windy, cold and snowy Meadow Lark Country Club.

Bozeman’s girls won their fourth-straight state title. Despite the brutal conditions, the Hawks improved 24 shots for a 338 and a 700 total. Billings West finished second at 722. The Bulldogs, who took the lead with a 356 on Monday, finished at 737 after a final-round 381.

Carrie Carpenter of Billings West hit 75 for the second straight day for a 150 and medalist honors. Bozeman’s Cooper Knarr shot up the leaderboard with a 78 to tie Kalispell Flathead’s Marcella Mercer for second place at 163.

Bozeman won the boys’ title for the second straight year. The Hawks hit 311 after Monday’s 309 for a 620 total. Missoula Sentinel placed at distant second at 688. Helena Capital was third at 690.

Butte High placed sixth at 713. The Bulldogs improved 27 shots for a final-round 343.

Bozeman’s Justus Verge matched par at 144 to win the individual title. He shot a 73 after Monday’s 1-under-par 71. His brother Jordan took second at 148. Avery Tyler of Kalispell Glacier improved 10 shots for a 74 and third place at 158.

Butte High freshman Jack Prigge had a bounce-back round, shooting a final-round 80 for a 174. He finished in a tie for 19th, just three shots out of All-State.