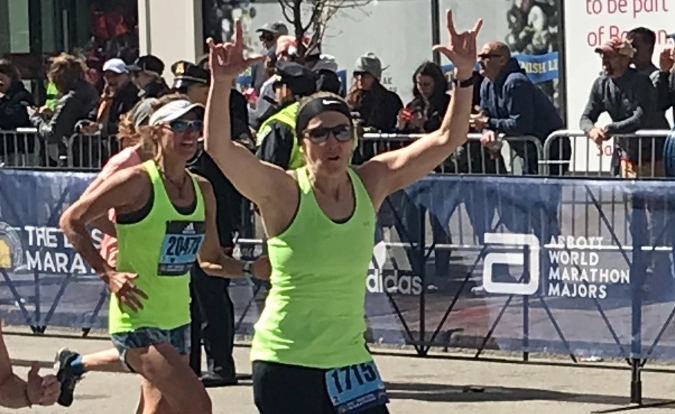 Jackie (Cortese) Mrachek is shown near the finish line of the Boston Marathon Monday in this courtesy photo.

She finished the marathon with a pace of 8 minutes, 23 seconds per mile. (Splits)

Mrachek, 44, is the director of pediatric therapies at Sanford Health in Bismark, North Dakota. She was an All-State first baseman on Butte Central’s 1996 softball team, which was inducted into the Butte Sports Hall of Fame in 2015.