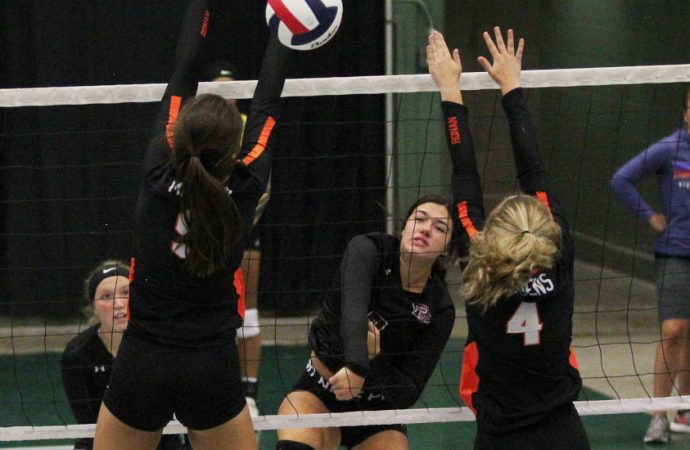 Butte Central’s volleyball team went 3-1 on the first day of the Southwestern/Northwestern Volleyball Tipoff Tournament at the Butte Civic Center.

The Maroons swept past Polson and Ronan before falling in two sets to Columbia Falls. BC bounced back to beat Whitefish in the night cap. All matches were limited to two sets. (Scores; Standings)

“We started off slow today, it took us awhile to work through the kinks and first-game jitters, but we started to come around towards the end,” BC coach Becky Hancock said. “It was definitely a little bit of a roller coaster throughout the day. I felt if one thing was on another part of our game was off. So it’s just about working on that consistency and chemistry, which is going to take time.”

Cassidy Strizic had a big day for the Maroons, reaching double digits in kills and digs on the day. She led BC with 19 kills to go along with 11 digs. She was joined in double figures killing by Marissa Anderson, who spiked 12. BC’s Amira Bolton goes up high for a hit as Ronan’s Madeline McCrea goes up for a block. (Bill Foley photo)

Avery Kelly added eight kills and six and a half blocks, and Amira Bolton killed eight and blocked two.

Butte Central will play two matches to wrap up pool play on Saturday. The Maroons take on Libby at 9 a.m. before facing Browning at 11 a.m.

“Overall, I like what I was seeing,” Hancock said. “The potential is there, we just need to start piecing it all together.”