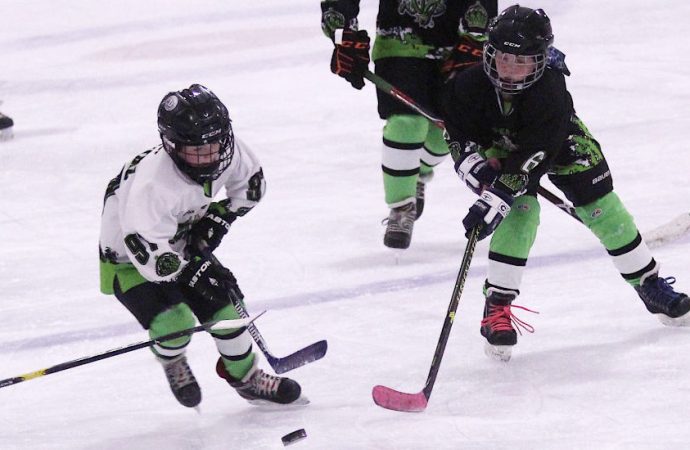 Mason Johnson of Black gets off a slap shot. (Bill Foley photo)

Members of the Butte Copper City Kings pose with the first-place and second-place trophies. (Courtesy photo) 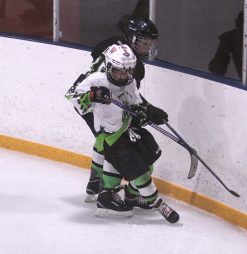 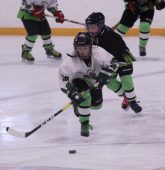 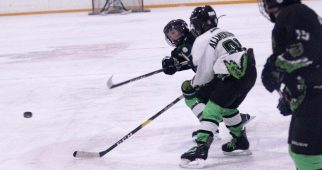 Logan Costello of the Black team gets off a shot as Tucker Allmendinger of the Green. (Bill Foley photo)