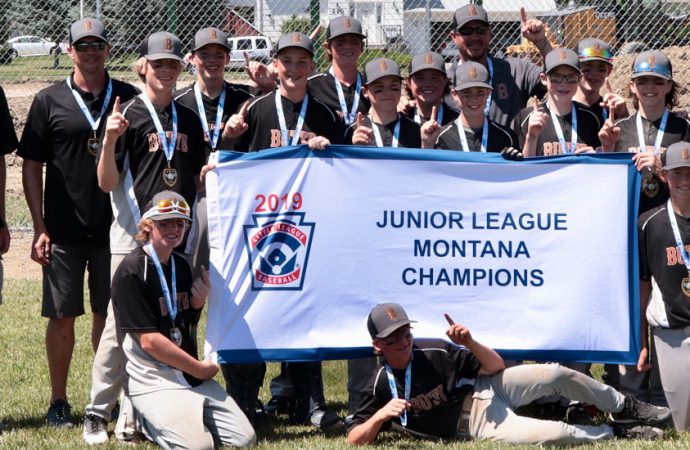 The Butte Junior All-Star team poses for a photo after winning the state title Monday in Billings. (Courtesy photo)

SAN JOSE — The Butte-Northwest All-Stars wrapped up a trip to the Junior League Baseball West Regional tournament with a 22-5 consolation loss to Host California-Cambrian Wednesday morning.

The Montana state champion Butte boys close the tournament with an 0-3 record.

Cambrian broke the game open with 11 runs in the top of the first inning. Robby Winsor pounded four hits and drove in five runs for Cambrian, which did its damage with 16 singles. Reece Wyatt went 3 for 3.

Samm Cox is the manager. He is assisted by Dave Dunmire, Chad O’Connell and Mike Duffy.