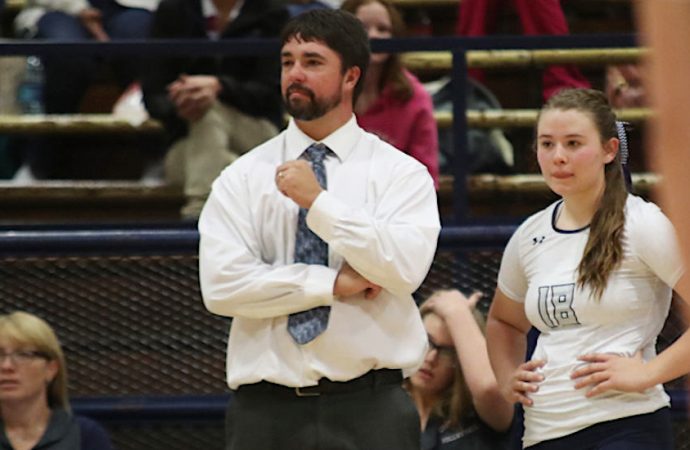 Butte High’s search for a volleyball coach has come to an end.

Anaconda High head coach Shane Jorgensen has been offered and accepted the position. The move is pending school board approval, which is expected on Monday.

“It was not an easy decision,” Jorgensen said of the move to the Mining City. “I could not have asked for a better group of girls. They will forever hold a special place in my heart and be part of my family.”

Jorgensen was hired to succeed Brianna Saltenberger in Anaconda in 2017 after being assistant in the program since 2007. Last year, Anaconda finished 18-9 and second in the Western B to Florence and went to their first state tournament since 2014 (Class A). They went 0-2 in Bozeman with losses to Joliet and Choteau.

Many coaches leave or look for other opportunities when the rebuilding begins. That wasn’t the case this year. Anaconda lost three seniors (Macy Matosich, Logan Stetzner and Isabel Saltenberger — the latter will play volleyball and basketball, respectively, at the JUCO level this fall) and return three collegiate prospects and a wealth of depth to the team.

“This is by far the toughest career decision I’ve ever had to make,” Jorgensen said. “We have had some tears over the last day or two but they are extremely resilient and I expect big things out of them this season.

“This current varsity team will not need a whole lot of guidance through this season,” Jorgensen added. “They are extremely intelligent volleyball players. They know the game inside and out. Typically, when the coach leaves there are a few years of rebuilding, but with the way this program stands now there will be no rebuilding.”

The Copperheads have now went through three coaches since 2010 (Jessica Shanafelt 10-11, Saltenberger 11-16) since Joe Mehrens retired from the helm after 22 years following the 2009 season.

Jorgensen thinks the job won’t be hard to fill due to the upcoming talent pool and win-now mindset already in play.

“Our goal leading into this season was to play on Saturday at the state tournament, and I do not see that changing,” he said. “Whomever takes over is going to be extremely spoiled.”

Anaconda Superintendent Justin Barnes still hasn’t received an official resignation, so he couldn’t comment one way or the other.

“Once the letter is on my desk, the position will open up,” Barnes said.

Chuck Merrifield, Butte High’s activities director, Laura Mortensen and Jessica Downey were also finalists for the job. He said Mortensen, who was an assistant the past two years, pulled her name out of contention this week.

Merrifield said he is excited to bring Jorgensen to Butte High.

— Blake Hempstead of Copperhead Country and Bill Foley of Butte Sports contributed to this report.