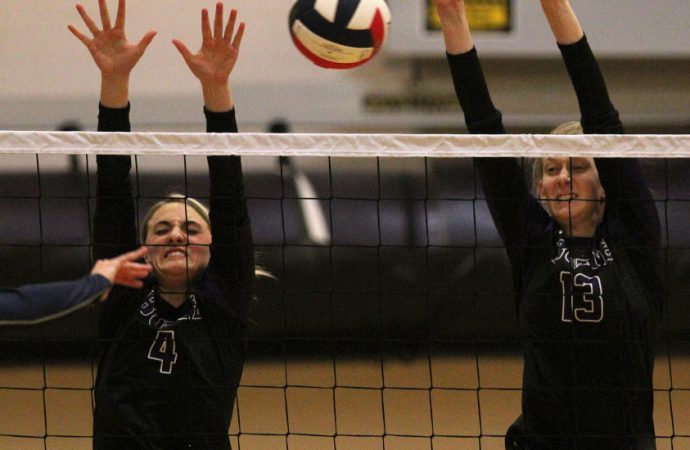 Finding their way into an actual match was the important and welcome step for Butte High’s volleyball team Tuesday night. Winning it in straight sets was the bonus.

The Bulldogs began their season with a 25-16, 25-17, 25-17 non-conference sweep over Dillon in the Butte High School Ross J. Richardson Memorial Gym.

“I was glad we got to play a game,” Butte High head coach Jeni Hope said. “A lot of AA teams played in tournaments this (last) weekend and have a bunch of games under their belts.”

Dillon, a Class A school, played in the Western A Tip-Off tourney in the Butte Civic Center and brought experience from the two days of play and a senior-laden roster into the match with Class AA Butte High.

So, the Bulldogs’ debut was successful.

“All looked good and they were exciting,” Hope said about the Bulldogs. “I’m comfortable with sending any combination of them out on the court. Mollee Conlan came in and did a phenomenal job. Emma (Field) and Kira (Mortensen) are always solid. They’re both so naturally gifted and are the core of our team. They’re great leaders. Whenever we need a point they find it for us.” 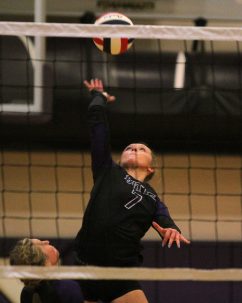 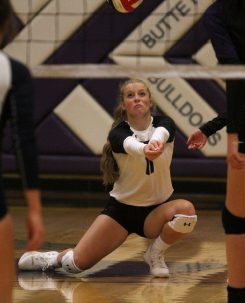 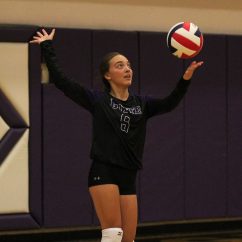 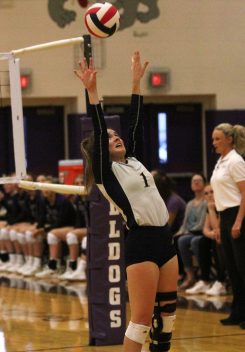 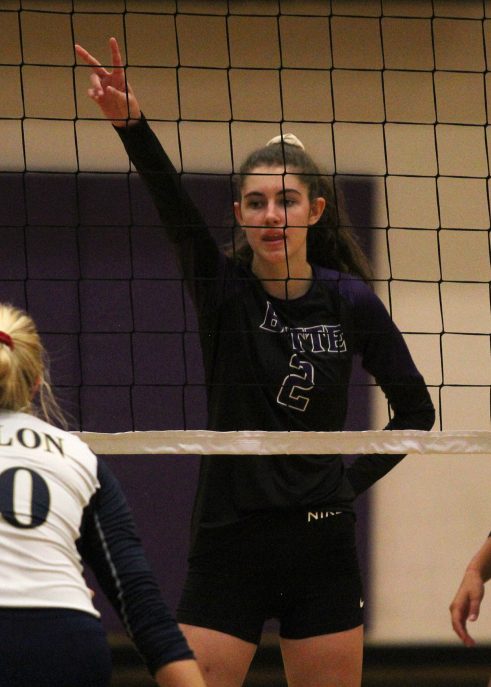 Emma Field of Butte High calls out a play before the serve. (Bill Foley photo)

The two are 6-foot-3 seniors and have seen starting time since freshman year.

“They’ve grown into themselves,” Hope said about the agility the pair showed on the court Tuesday.

Butte High took its first lead of the season at 3-2 following two consecutive double-hit calls against the Beavers in the first set. Dillon squared up again, but didn’t go ahead again in the first set. A Mortensen kill broke the 3-all tie and the Bulldogs kept or improved on the lead the rest of the set, except for a Madi Ruegsemmer ace for the Beavers that re-tied the score at 15-all.

Ally Mueller mashed a kill to bust the tie. Sydney Doyle served an eight-point run that took the contest to set point, 24-15, after a Kennadie McMahon block. Dillon responded with a block by Ainsley Shipman before Butte High closed the set with a block by Mortensen.

The Bulldogs were in front through the second set except for two early ties. The last was forged at 3-all on a block by Dillon’s Charli Hazelbaker. Three straight hitting errors by the Beavers handed Butte High the lead and the Bulldogs kept it. They got to 24-17 set point on a Dillon serving error, then won the game on an ace by Field.

“Kira had 10 kills for us tonight and Emma had seven,” Hope said. “They played pretty great. Trisha Ericson was pretty solid at libero with 17 digs. We have seven seniors on our team and they’re all great leaders in different areas. I thought our setters played really well.”

Dillon was stubborn early in the third set, but the Bulldogs backed a three-point Brooke McGrath serving run to go ahead for good. Conlan’s tip broke the 5-all tie. Butte High began pulling away and opened up a 22-12 gap on a McGrath kill.

Ericson sizzled an ace for match point at 24-17 and the Bulldogs stowed away the match win on a combined block by Field and Conlan.

“We have some fine-tuning to do before we play Helena Capital on Thursday,” Hope said. “We had too many missed serves, and we’ll work on some other areas, too. I”m confident, though, with any of them out there, right now.”

Butte High’s match with Capital on Thursday is scheduled for a 7 p.m. first serve in the Richardson gym, and it will begin Western AA Conference play for the Bulldogs.