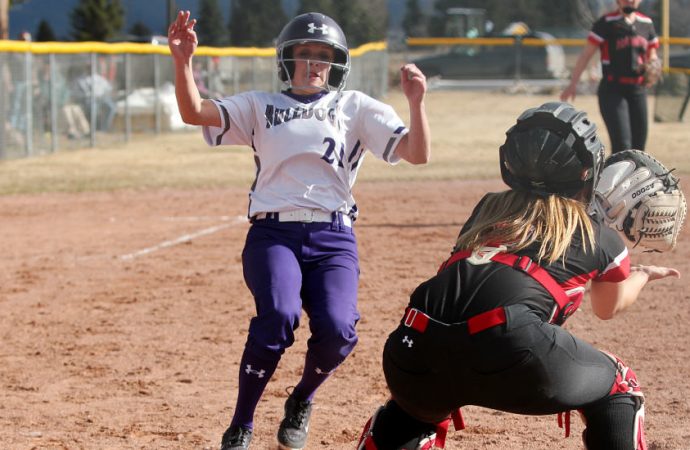 Butte High’s Bradie Lester goes into a slide as the ball comes into Bozeman catcher Kayli Weirs Thursday afternoon at Stodden Park. Lester was tagged out on the play. (Bill Foley photo)

“We need to pitch better, hit better and play defense better,” he said following Thursday’s 13-9 Eastern AA Conference loss to Bozeman at Stodden Park. “I just told the girls that, too.”

The Bulldogs out-hit Bozeman 10-6, committed two errors to the Hawks’ five and struck out only three times compared to eight whiffs for the visitors.

The walks hurt. So did a better-than-usual Bozeman defense that snuffed Butte High rallies, and so did luckless lined shots snagged in the webbing of Hawks’ gloves at some especially inopportune times.

“We’re not playing really well, right now,” Stosich said. “We have to pitch, hit and play defense. We’re not doing that, right now. There are bumps in the road every season and you have to fight through the adversity. We’re going through that, now. It’s just a matter of getting outside and playing.”

The game was the Bulldogs’ first of 2019 in Butte. Later winter heavy snow delayed the home opener by a couple of weeks and the Bulldogs have been playing on the road while piecing together a schedule broken up by the uncooperative elements. 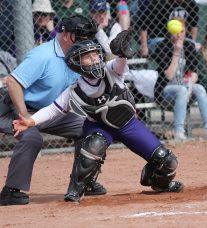 Bulldog catcher Brittney Tierney goes up for a pitch that is high and outside April 18 in Butte. (Butte Sports file photo) 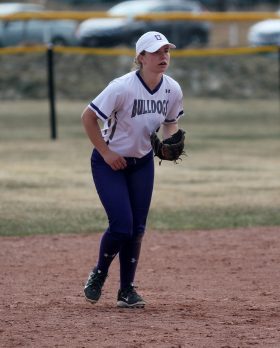 Butte High’s Bradie Lester goes into a slide as the ball comes into Bozeman catcher Kayli Weirs Thursday afternoon at Stodden Park. Lester was tagged out on the play. (Bill Foley photo) 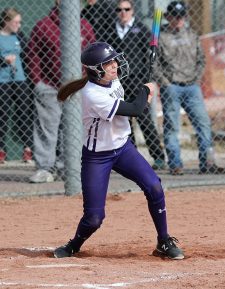 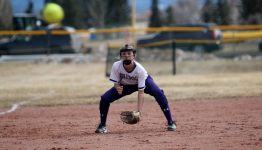 Butte High has lost its first four conference games and owns a 1-5 record in a rebuilding campaign. Eight seniors graduated off of last season’s team. Many had been  multiple-year starters.

Position switches have also been made, though none seemed to be of a negative factor on Thursday. Junior Trisha Ericson, last year’s left fielder, was in right field and has seen time this spring at catcher. Senior Brittney Tierney was behind the plate after starting the past two seasons at third base. She was, however, the varsity catcher as a freshman.

Butte High never led, but did forge a tie late in the contest.

Freshman pitcher Marin Snyder grounded out to the right side after successive one-out walks in the first inning to Dawson Community College commit Kayli Wiers and Tessa Laufenberg, which were followed by a wild pitch. The grounder scored Wiers with the game’s first round.

The Hawks erupted for four runs in the third inning, though McCaul McCarthy held them hitless until the fifth. Bozeman parlayed four walks and a catcher’s interference call into the runs scored in on a bases-loaded walk, a wild pitch and two groundouts.

MacKenzie Tutty nearly caught the Bulldogs up with a three-run homer over the left-field fence in the bottom of the second. McCarthy’s single started the Butte High half of the inning and Aubree Corcoran worked a walk. Two groundouts later, Tutty thumped the home run and her team’s deficit was only 5-3.

Five more bases on balls were issued the Hawks in the fourth inning as they increased their lead to 7-3. One scored on a bases-loaded walk, the other on a wild pitch.

Butte High, though, then managed its tie with a four-run surge in the bottom of the frame. The first four batters all reached base and scored. Corcoran walked, MaKenna Carpenter was safe on an error, Corcoran scored on a throwing error and then Kodie Hoagland singled home Carpenter, and Tutty drew a walk. An error on a ball Bradie Lester put in play let Hoagland get home and Tutty sped home on another wild pitch. Hallie Dobie spelled Snyder and put out the Bulldog rally. Still, the 7-all tie had been caused.

Dobie’s single, a line drive that ricocheted off McCarthy’s leg, was Bozeman’s first hit of the game and helped the Hawks go ahead for good. A walk followed and then Wiers walloped a one-out two-run double into the right-center field alley. The Hawks took a 9-7 edge into the bottom of the inning, where Dobie stranded two Bulldogs on base. Hoagland had reached on a slap hit and Tutty on a walk.

Bozeman tacked on three more runs in the sixth, loading the bases with nobody out on a walk, a base hit and an error. Stosich brought Madison Skeel in to pitch after the walk. A groundout scored one run and a two-run single by Josie Laufenberg plated the other two.

The Bulldogs, trailing 12-7 in the last of the sixth, got two of the runs back. Tierney was safe on an error and Taylor Huff hammered a single to left field, and took second base on a throw to third. Ericson lifted a sacrifice fly to deep left field to score Tierney. Pinch hitter Dylan Duffy then drilled a double into the left-field corner and Huff came home. A flyout and a strikeout ended the inning.

The Hawks’ last run was scored in the seventh on back-to-back doubles by Tessa Laufenberg and Snyder. Butte High threatened in the seventh, but was unable to score. Hoagland bunted for her third hit of the game. Two outs later on popups, Tierney poked a single into center field. Dobie retired the Bulldogs on a strikeout and the Hawks were winners for the first time since the 2017 season.

“McCaul has to throw more strikes and that’s a matter of getting outside and getting her more reps,” Stosich said. “We only struck out three times and so that’s a positive. And, we hit some shots to the fence — but, they were caught.”

Two-time defending state Class A champion Belgrade is next on the agenda for the Bulldogs. They will play Tuesday at 4 p.m. in a non-conference makeup game at Stodden Park. Their scheduled game was snowed out earlier in the month.