As Butte High soccer coach Riley McNabb watched 25 of his Bulldogs play with kindergartners, first graders and second graders Tuesday afternoon at West Elementary School, he couldn’t help but wonder who was enjoying the day more.

The Bulldogs coming to school to play soccer — and just generally play around — was a reward for the West students who achieved perfect attendance during the month of October.

“This is pretty cool,” McNabb said. “The high school kids might enjoy it more, actually.”

That was definitely the case with Lexia Dauenhauer. The sophomore defender/midfielder was clearly having the time of her life.

“They’re so silly,” Dauenhauer said, looking toward the group of first graders she was leading in games with and without a ball. “They got to have fun.” 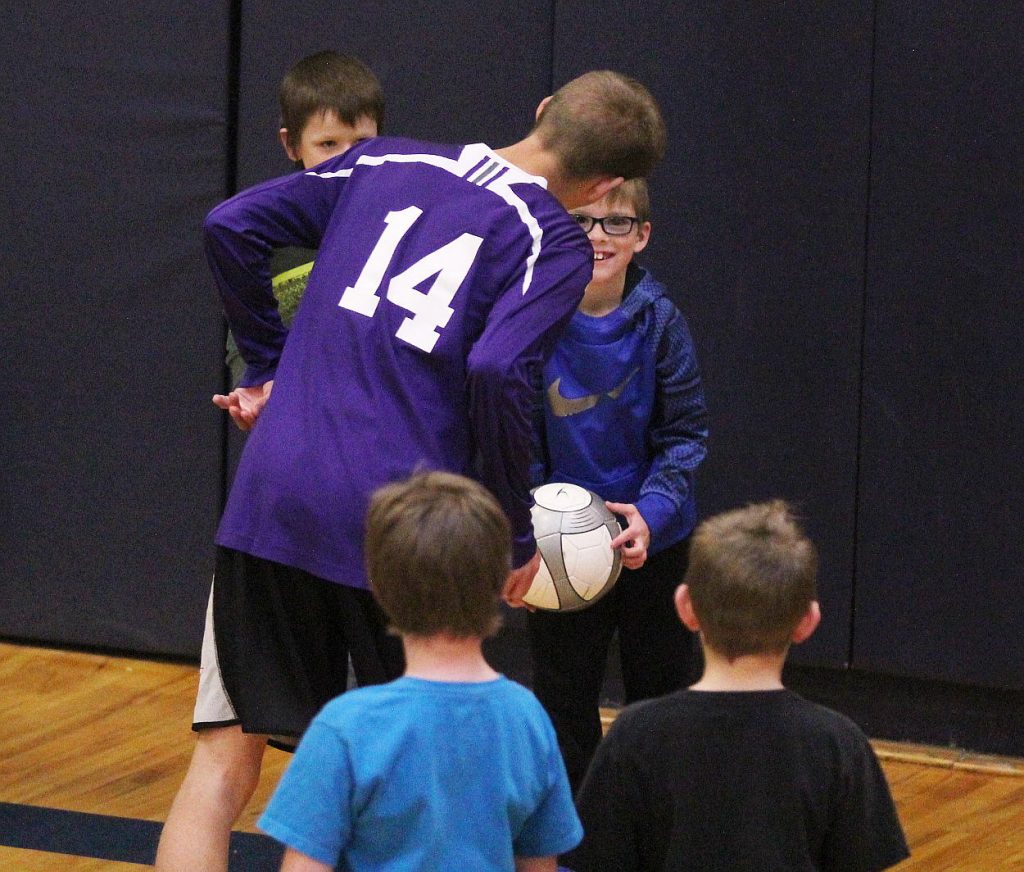 Dauenhauer and some teammates started to work on soccer drills. After those weren’t working quite as planned, they resorted to other games, and that’s when the real fun began.

“I love the little kids,” Dauenhauer said. “They really have in interest in it, and they wanted to have fun.”

In all, the school had 195 students with perfect attendance for October. The Bulldogs took on three sessions that filled the gym for 45 minutes each.

Dan Foley is a caseworker with Butte School District No. 1. He watched as the Bulldogs gave back to the younger generations.

“It looks like they’re have a good time,” said Foley, whose job has increasingly included tackling the problem with truancy within the school district. Getting a start on it at a young age is key, Foley said.

“It’s a big push in the district to have good attendance,” he said. “When kids miss school in elementary school it gets worse in middle school and even worse in high school.”

So, the faculty at West works to reward the perfect attendees each month. Sometimes that includes a movie. Sometimes it is bingo with principal Pat Kissell.

On Tuesday, it was time to have fun with the Bulldogs.

Dauenhauer is hoping the day will have the added benefit of getting more kids to play the sport she loves.

“I hope they grow up to play soccer,” she said. “If they have fun with it, then they’ll learn to play and play it for the rest of their lives. That’s what happened to me.” 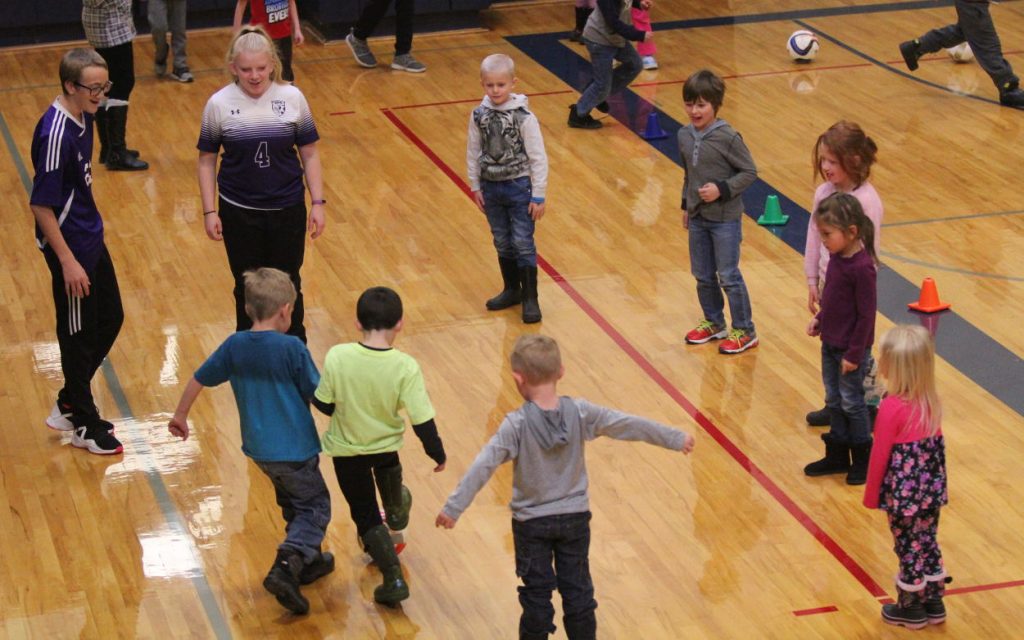