MISSOULA — Tanner Huff put on quite a show during the fist day of the Class AA State track and field meet Friday at Missoula County Stadium. (Results)

The Butte High senior ran two of the fastest races in school history in winning the preliminaries of the 100- and 200- meter races. He was also part of a state champion relay team.

Along with fellow seniors Christian Vetter, Rylan Richards and Zach Merrifield, Huff was part of a 400-meter relay title. The Bulldogs ran the race in 42.65. Billings West was second in 43.89, and Missoula Sentinel placed third in 43.94. 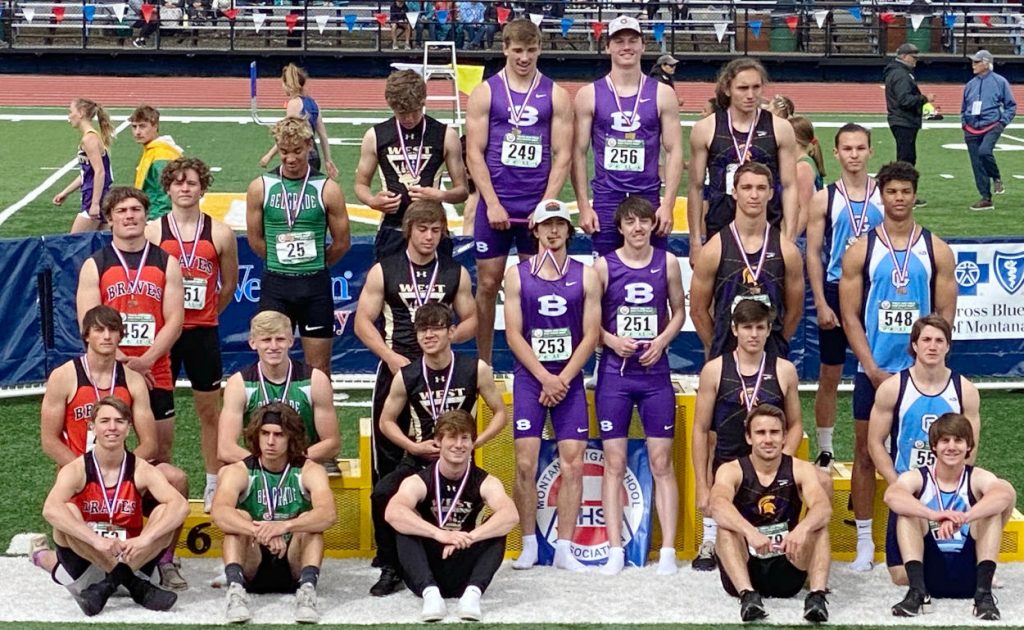 Missoula Sentinel scored 69 points on Day 1 to take the lead into Saturday. Missoula Hellgate is second at 30, just one point ahead of Butte High. Missoula Big Sky is fourth at 21.

The future Montana Western football player will look to turn those into state title in the finals on Saturday. He’ll also compete in the javelin and run the 1,600-meter relay.

Butte High picked up its second third-place medal of the meet when senior Christian Hansen took the bronze in the long jump with a leap of 21 feet, 10 ½ inches.

Senior Brennen Blume took third in the pole vault on Thursday, an event in which teammate Gavin Vetter placed eighth.

The top six individuals in each event are recognized as All-State. Snyder also placed fifth in the long jump.

Also for the Butte High boys, Ryan Neil jumped to seventh in the long jump, Holt Downey ran to eighth in the 110-meter hurdles, and Colton Case placed ninth in the 400.

On the girls’ side, Anna Trudnowski registered two top-three performances to lead the Bulldogs.

The senior and future Montana State Bobcat matched a personal best and cleared 5-6 to place second in the high jump. Hannah Schonhoff of Bozeman won the event at 5-7.

Senior Hailey Nielsen had an All-State performance, too. The future Montana Tech Oredigger placed sixth in the 800 meters with a personal best time of 2:21.65. She also placed 14th in the 3,200.

Also for Butte High, Allyson Mueller took eighth in the javelin, an event in which teammate Madalynn Rhodes placed 12th.

Conlan, who won the Western AA title in the 100, placed 11th and just missed qualifying for the finals in the event. That put a damper on an outstanding season for the junior, who will surely be back to compete for a state title in 2022.

“She had a nice year for us,” Grey said.

With 15 points, Butte High’s girls sit in eighth place in team standings. Helena High leads the way with 47. Missoula Hellgate and Missoula Sentinel follow at 42 and 41.

Day 2 action begins with the field events at 9 a.m. the first running events begin at 10:30.