Longtime Butte sportswriter Bruce Sayler took to Twitter this week to unveil his all-time team for the Butte Copper Kings.

The Copper Kings of the Pioneer League played 22 seasons in Butte from 1978 through 1985 and 1987 through 2000. The team moved to Casper, Wyoming for the 2001 season. The franchise is now the Grand Junction (Colorado) Rockies.

The Pioneer League, a rookie league professional baseball league, suspended its 2020 season, along with the rest of Minor League Baseball, because of the coronavirus pandemic. The league could possibly cease to exist under a proposal by MLB Commissioner Rob Manfred to reduce the Minor Leagues by 42 teams. 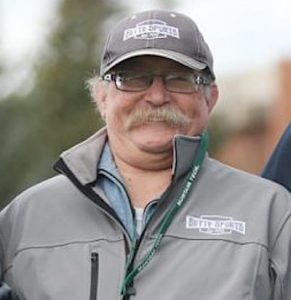 Sayler covered the Copper Kings for The Montana Standard every season except the first in 1978. He did, however, still follow Pioneer League Baseball during that first season of pro baseball in the Mining City. Sayler wrote for the paper from late 1978 through March of 2012, serving as sports editor the last 15 years.

He has contributed to Butte Sports since its inception in August of 2012.

Richardson led the Copper Kings to the 1981 Pioneer League championship. Wills managed in Butte for three exciting seasons, going 122-81 from 1988 through 1990.

Wegman, a member of the 1981 championship team, pitched 11 seasons for the Milwaukee Brewers. He compiled a career record of 81-90 with a 4.16 ERA.

“K-Rod” registered 437 saves in 16 seasons with the Angels, Mets, Brewers Orioles and Tigers. The 1999 Butte Copper King busted into the Big Leagues in a big way late in the 2002 season, helping the Angels win the World Series.

Schroder, who played on the 1979 Copper Kings, played eight seasons in the Bigs. He hit .240 lifetime while playing for the Brewers and Angels. He hit 61 career home runs. He currently provides color commentary for Brewers games on Fox Sports Wisconsin.

Fielder was probably the most popular Copper King of all time. Fielder hit 20 home runs to go along with 28 doubles in Butte in 1982. Fielder became a household name when he hit 51 home runs for the Tigers in 1990. He was the first Major League to hit 50 home runs since George Foster hit 52 for the Reds in 1977. Fielder, who hit 319 career home runs and drove in 1,008 runs, won a World Series title with the 1996 Yankees. He batted .391 in New York’s six-game win over the Braves, and he should have been named the World Series MVP.

Aurilia played for the Copper Kings in 1992 and put together a 15-year MLB career. He posted a career .275. He played 12 years for the Giants before making stops with the Reds, Padres and Mariners. Aurilia belted 186 career home runs.

The 1984 Butte Copper King is arguably the best defensive shortstop in the history of the game. The Bleacher Report ranked him as just that in 2011, when Vizquel was nearing the end of his 24-year Big League Career. Vizquel’s .9847 career fielding percentage is the best ever recorded by a shortstop, according to Baseball Reference. He played 11 years with the Indians, helping lead the team to the World Series in 1995 and 1997. He also played for the Mariners, Giants, White Sox, Rangers and Blue Jays. In all, Vizquel played in 2,968 Major League Games. In December, Vizquel was named manager of the Toros de Tijuana of the Mexican League.

James, a 1980 Butte Copper King, played in 11 Big League seasons with the Yankees, Braves, Brewers and Indians. He had a lifetime .288 average. His final season came in 1996 with the World Series Champion Yankees.

Hulse was a member of the 1990 Copper Kings, batting .358 in the Mining City. He played five Big League seasons, three with the Rangers and two with the Brewers. He hit .266 for his career. Hulse’s best season came in 1993 when he hit .290 while appearing in 114 games.

Franco was a member of the first Copper Kings team in 1978. He spent 23 years in the big leagues, compiling a .298 batting average. In 1991, the three-time All-Star won the American League batting title with a .341 average for the Rangers. Franco, who appeared in 2,527 Big League games, also played for the Indians, Braves, Mets, Phillies, White Sox and Brewers. Currently, Franco is a hitting coach for the Lotte Giants of the Korea Baseball Organization.