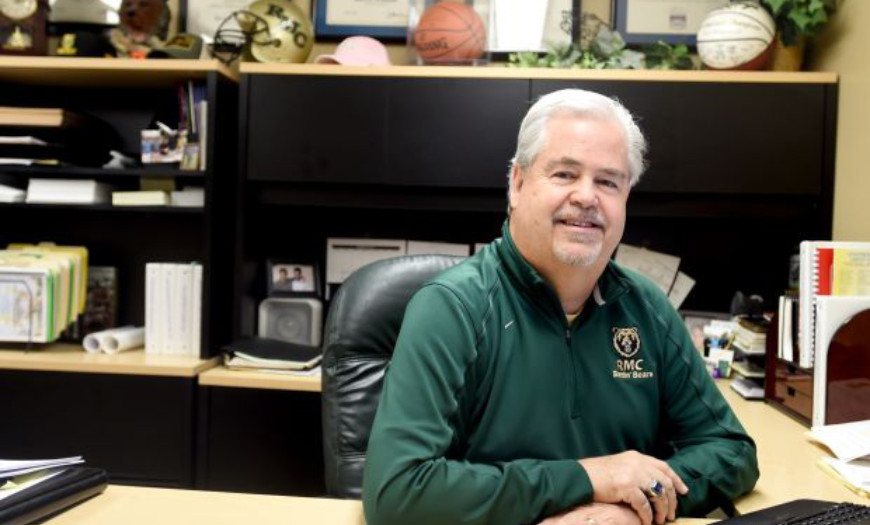 Bruce Parker is shown in this Rocky Mountain College photo.

CLEVELAND — The National Association of Collegiate Directors of Athletics (NACDA) announced Monday that former Battlin’ Bears Athletic Director Bruce Parker is an inductee of their 2019 Hall of Fame class.

Parker was selected as the NACDA/Under Armour Athletic Director of the Year in 2009, 2012, and 2018. He served as a member of NACDA’s National Executive Committee for five years.

A nine-time Frontier Conference Athletic Director of the Year, Parker was a member of the 2019 NAIA’s Hall of Fame class. Throughout his decorated career, he served as a member and former president of the NAIA Athletics Director’s Association (ADA) Board of Directors. He worked on the NAIA’s National Administrative Council and was named to the NAIA National Strategic Planning Council and the NAIA National Marketing Committee.

During his time at Rocky, he was instrumental in the renovation of Rocky’s Herb Klindt Field. Parker was also a driving force behind establishing the NAIA’s Division 1 Women’s Basketball Tournament in Billings, Mont. He notably worked on the corporate sponsorship program and helped develop the athletic staff.

Prior to his time at Rocky Mountain College, Parker served as director of athletics for Carroll College in Helena. While there, he helped establish eight athletic programs, hosted several NAIA National Football playoff games, and set records in attendance to athletic events and corporate fundraising. He presided over an unprecedented national championship football streak at Carroll.

He lives with his wife, Lisa, and is the father of two adult sons, Brett and Ryan.

Parker will receive his award on June 12 during NACDA’s 54th Annual Convention in Orlando, Florida.