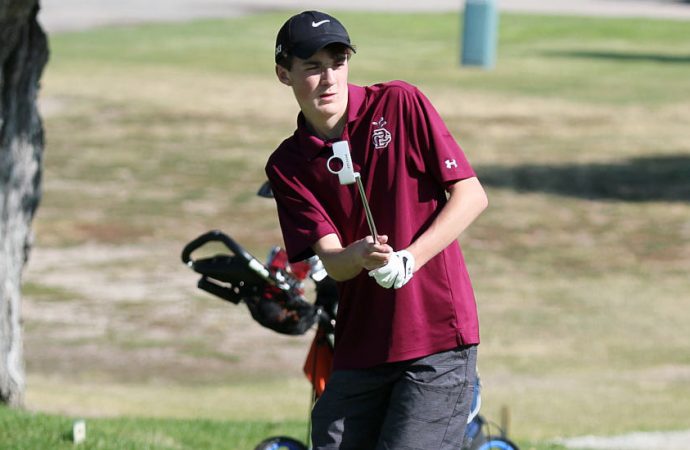 Butte Central's Cole Johnson watches his 30-foot birdie putt roll to the bottom of the cup on hole No. 5 Monday at the Highland View Golf Course. (Bill Foley photo) 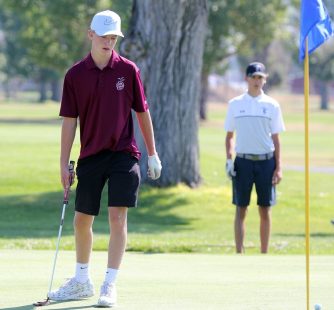 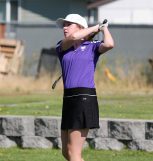 Maroon Gator Yelenich tees off on No. 6. (Bill Foley photo)

Butte Central’s Cole Johnson watches his 30-foot birdie putt roll to the bottom of the cup on hole No. 5 Aug. 19, 2019 at the Highland View Golf Course. (Butte Sports file photo by Bill Foley) 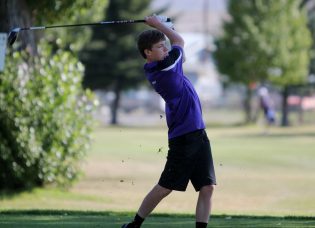 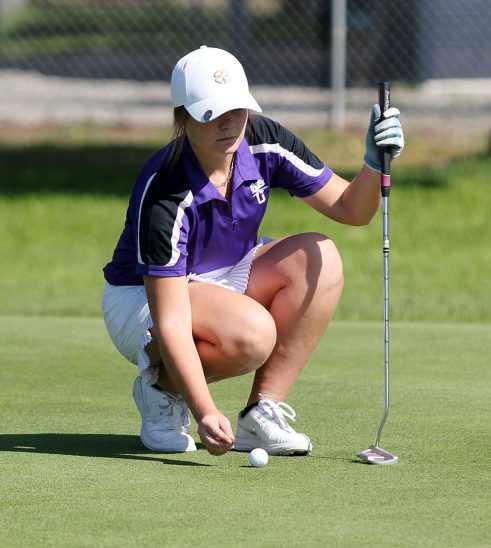 BC’s Gator Yelenich led the Maroons with an 82. That put the senior in a three-way tie for eighth place.

Sophomore Macy Greenwood, who finished runner up to BC’s Tricia Joyce at last year’s Class A State tournament, shot a 73 to run away with medalist honors on the girls’ side.

Butte High’s JV team will compete in a Dillon tournament on Tuesday.

The Maroons will play at the Park Invitational on Friday.