Bridger Chambers ready to swing for fences at NFR 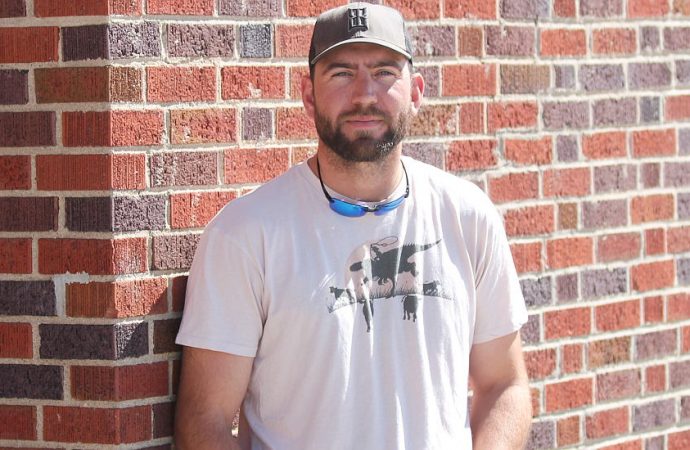 Bridger Chambers is shown in this Butte Sports file photo.

It isn’t even his first Wrangler National Finals Rodeo.

Tonight, the 30-year-old Butte cowboy begins a 10-night run competing in steer wrestling on rodeo’s biggest stage in Las Vegas. It marks the second straight year that Chambers has qualified for what he refers to as the “Super Bowl of Rodeo.” (Schedule)

Having that year under his belt, however, does not make things any easier.

“You can go talk to Tom Brady and ask him how many Super Bowls he’s been in, and I bet he has the same feelings,” Chambers, a Stevensville native, said Thursday from Vegas. “No matter how many times you’re there you, get you get those jitters.”

Having an NFR under his belt makes Chambers more familiar with how things work.

“It doesn’t change the game plan,” he said. “You kind of know what to expect, so hopefully a little more relaxed because of the experience. But because of the intensity and what’s on the line, nothing is changing.”

What’s on the line is everything for a cowboy who has dreamed of competing in Las Vegas since he was a young boy.

“It has always been the NFR,” Chambers said. “I’m still living out my childhood dream.”

Last year, Chambers started the season fast and cruised to the NFR, where he finished as the No. 2 steer wrestler in the world.

He said the road to Vegas was a “night-and-day” difference this time around. Chambers did not qualify for the NFR until the second-to-last rodeo of the season.

“Last year I got a good jump start and it was just kind of easy coming along,” he said. “This year I didn’t have as good a start in the winter and I was kind scratching and clawing to get in.”

“Ty had a great year,” Chambers said. “But I think it’s hard for him to have a bad year.”

Don’t let the money figures fool you. Rodeo is not about money.

“You go broke getting her,” Chambers said.

That money already won factors into the final standings, so Erickson enters with an advantage. Chambers, though, said all 15 contestants have a shot to walk away with the champion buckle.

“As long as you make it here, you’ve got a chance. Each round pays $26,000,” Chambers said. “It’s a big mountain climb, but it’s also very doable. If you knock it out of the park, you have a great chance. That’s why I’m back in the corner and I’m going to swing for the fences every night.”

Unlike last year, Chambers is feeling healthy as he begins the NFR. He tore his meniscus in the spring of 2018. He battled through the injury before having knee surgery after the season.

“This year everything is pretty good,” he said. “You get sore and bumps and bruises. But for the most part, I’ve been healthy. Hopefully I can get 10 more days and have a good outcome.”

Chambers checked in at the NFR on Monday to settle in with his family — his wife Kristen and their children Maddie, Hudson, Crew and Case.