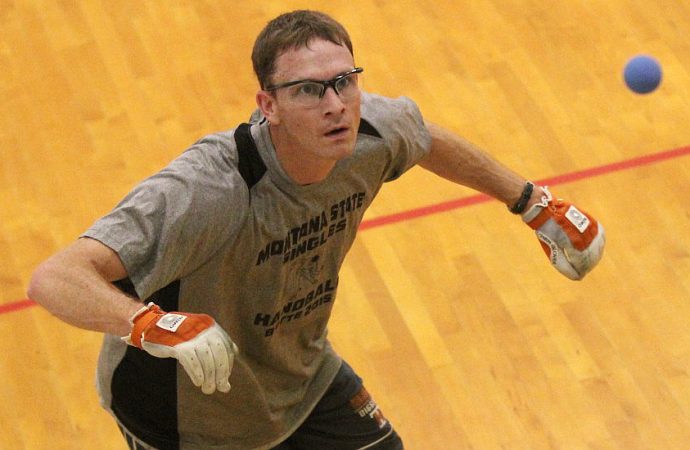 Butte's Brett Badovinac picks up the ball off the back wall during the championship match of the Open division of the 2017 Montana State tournament at the Elks. (Butte Sports file photo)

The victory marked the sixth time Badovinac has won the tournament. The final was a rematch of last year’s championship match.

Badovinac defeated Don Foley 21-5, 21-4 in one semifinal, while Hitchcock defeated Marcus Madrazo in the other. Foley defeated Madrazo for third place.

The Montana State Singles Handball Championship starts next Friday at the Elks in Butte. Badovinac is the defending Open champion, and Hitchcock is the Golden Masters champion.

Entry forms are available on montanahandball.com. The the entry deadline is Monday.