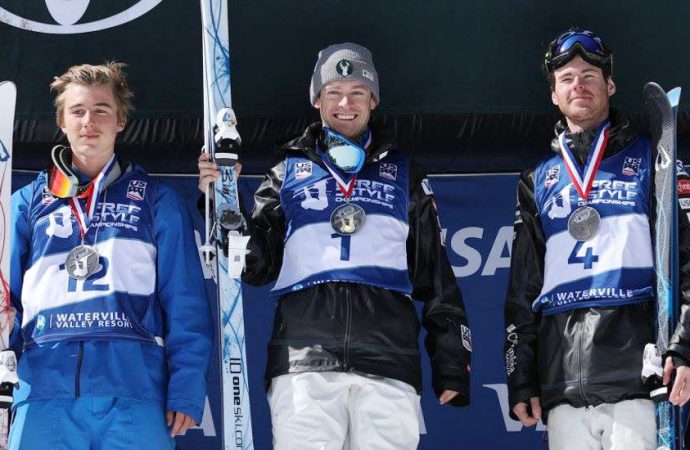 Butte mogulist Brad Wilson finished the freestyle season with a flourish as he swept the men’s national championships this weekend to encore his podium showing in last week’s World Cup finale.

The 25-year-old Wilson, who just last month represented the United States as a member of the Team USA freestyle ski team at the Winter Olympics in Pyeongchang, South Korea, won both the men’s single and dual moguls championships this weekend. The championships were held in Waterville Valley, New Hampshire. Wilson topped the regular moguls field on Friday as fellow Olympian  Jesse Andringa placed second and Dylan Walczyk was third.

Wilson’s victory on the dual moguls on Sunday was announced with pictures on social media, but the official final postings had not yet been published on results websites.

Wilson, who finished in 18th place in the Olympics,  is a 2011 graduate of Butte Central HIgh School. His older brother, Bryon, 29, was the Bronze Medalist in men’s moguls in the 2010 Winter Olympics held at Vancouver, British Columbia in Canada. Bryon Wilson is a 2006 graduate of Butte High School.

The duals win Sunday was Brad Wilson’s third at the national competition. He won in 2014 and 2016, and was the singles duals national champion in 2013.

This year’s Olympics were his second. He skied in the 2014 Winter Games in Sochi, Russia, and wound up in 20th place after a fall suffered at the end of a fierce run down the slope and impressive air on the jumps.

The previous weekend, in the World Cup finale at Megeve, France, Wilson found himself lined up against Canadian great and Olympic champion Mikael Kingsbury in the semifinals of the head-to-head duals event. The loss to Kingsbury was his only defeat of the event and provided a confident step into the National Championships.