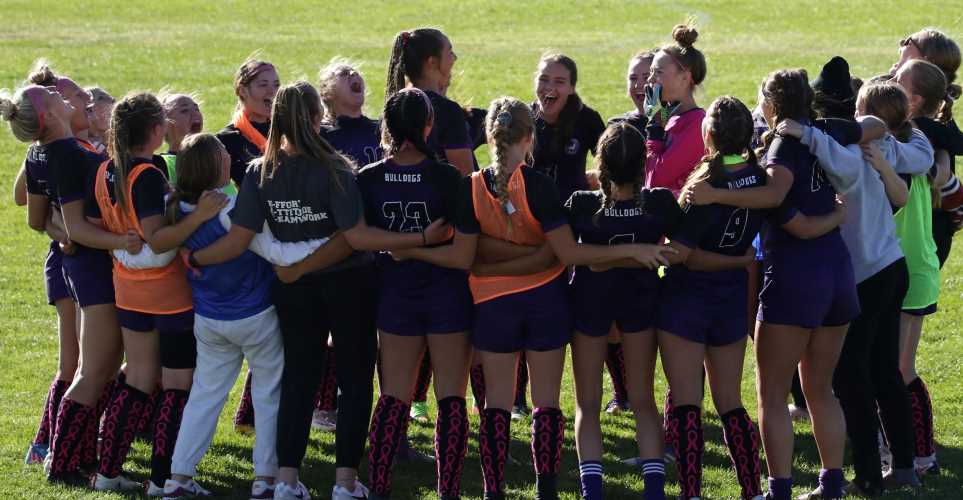 The Butte High Girls Soccer team played their most competitive game of the year Saturday afternoon and Bulldog Memorial Soccer Stadium.  The Dogs might have lost to Flathead 1-0 but the score doesn’t matter as the ladies showed how far they have come and how exciting the future is for the program.

Flathead’s goal didn’t come until the 74th minute as Butte High keeper Kaylee LaPier handled Flathead scoring chances.  The defenders delivered the ball forward all game as the midfielders were all over the field challenging every pass and making runs forward creating scoring opportunities.

The Bulldog forwards harassed the Kalispell defenders the entire game creating the most scoring chances and shots on goal the team has had all season.

Coach Steve Shahan pointed out two take a ways from his team this season.  “One, in a long season against tough competition our girls always worked hard and competed to the final whistle.  Two, several girls stepped into larger leadership roles,  The empathy and support they showed each other is what creates a team.”  He added, ” Our Senior Captains Hayla Hoffman and Kaylee LaPier grew all year.  Their courage, effort and sacrifice will not be forgotten any time soon.”

Shahan is excited about the future, “We laid a foundation this season ans I am overwhelmed with excitement.  We are building something special here.”