If the first play of the purple vs. white football scrimmage tonight is any indication of how the season will go, Butte fans will be thrilled.  In the opening seconds, senior quarterback, Jace Stenson found junior wide receiver, Rueso Battermann, for the first touchdown of the season on Naranche turf.  That play did not phase the Bulldog defense who spent the rest of the game showing the large crowd that they are ready for a challenge holding the offense to very few yards and allowing only that one touchdown.

Bulldog fans have been wondering how their kicking game would be with kicking legend, Casey Kautzman graduating and heading off to play for MSU.  Watching the team practice prior to the scrimmage eased the worries of the fans as seniors Tyler Duffy and Joe Schrader, who is also the goalie on the varsity soccer team, showed off their kicking skills. 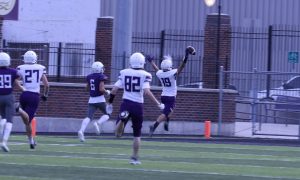 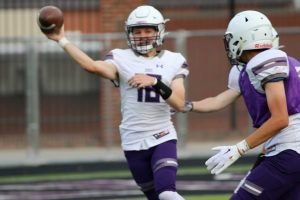 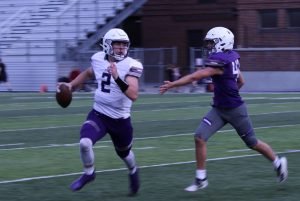 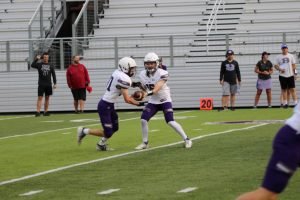 Shea hands off for a short gain 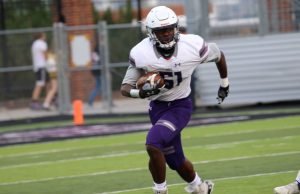 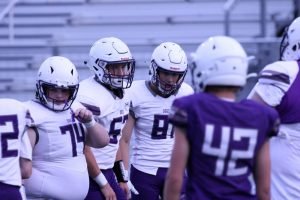 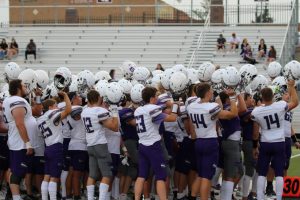