Bengals stride out ahead of Bulldogs for girls’ soccer win 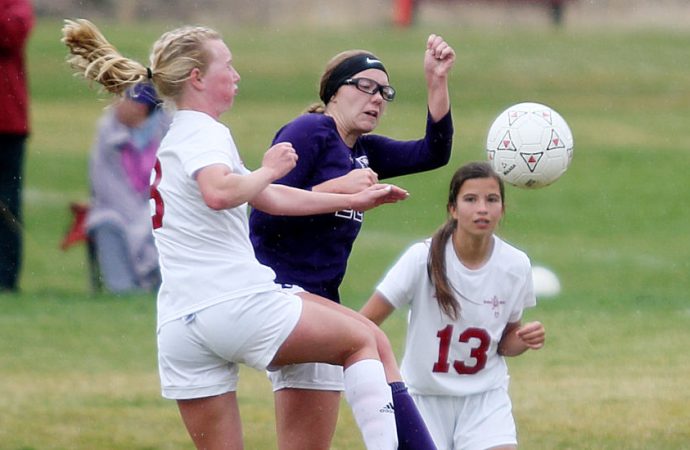 Being only a step behind or less might have cost the Butte High girls in their 7-0 Western AA Conference loss to Helena High Saturday at the Jeremy Bullock Memorial Soccer Fields.

“But, we definitely didn’t take one backward, either. Helena High is a good team.”

The Bengals netted two quick goals, grabbing a 2-0 edge in the first five minutes. All of their goals, but one, were unassisted over the day. They were able to create advantages on isolations, and then execute perimeter plays.

A penalty kick made it 3-0 by halftime, and then Helena High broke loose the last 40 minutes with plays out front, scoring on a lunge pushed across, and then tallied on a shot that was juggled, though regained, by the goalie, too deep in the net not to count. The Bengals closed for an angled kick from close range for their sixth goal, then hit from far away in the 76th minute to finish the scoring.

“I thought all of the goals could have been prevented,” Steilman said. “On the second goal, we had somebody dribbling through the lines and nobody positioned for us. But, when we get rid of those mistakes, we will be a better team.”

The defensive instincts are still being developed and so the reactions weren’t reflexive for the Bulldogs.

“We were not worse today, just too many little mistakes,” Steilman said. “Positioning.”

Haley Herron made several athletic saves in goal to help with the Butte High defense and Steilman credited Christiana Beierle for her three breakaways that were scoring opportunities.

“Each could have been a goal,” Steilman said. “It was actually unlucky that not a one of them was a goal. Things didn’t work out for us today.”

Butte High is 0-6-1 this season and will be home on Thursday against Missoula Hellgate for its next competition.