Beavers come to town for BC Senior Night 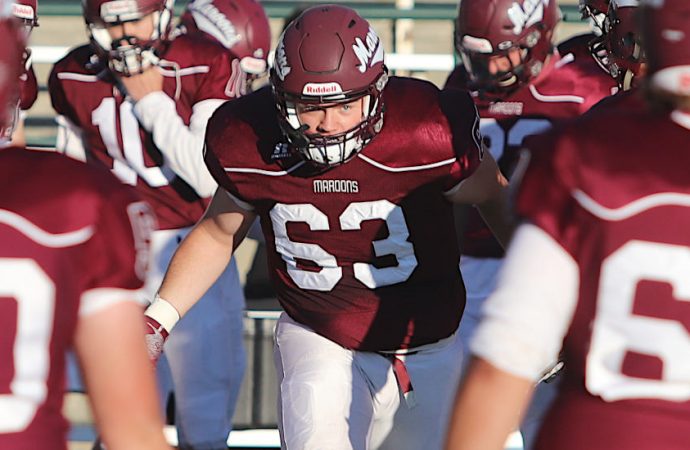 An old rival comes to town for a big Friday night at Alumni Coliseum.

Butte Central will celebrate Senior Parent Night as they take on the 2-0 Dillon Beavers in a Southwestern A football showdown on the Bob Green Field. (Dillon roster; Butte Central roster)

The Maroons (0-2) will honor their six seniors and their parents early this year because of the uncertainty of the coronavirus pandemic. That celebration is usually saved for the last home game of the season.

Once again, the crowd will be limited to two passes for each home player, and no fans from the visiting teams will be allowed. Those are rules imposed by the Butte-Silver Bow Health Department.

That means a stadium that would normally be relatively full with the Beavers in town, will have less than 60 fans in attendance. Watching the game from outside the stadium is not allowed.

A distance of just about an hour is all that separates the teams, which adds to the rivalry. Another factor in making the Dillon-Butte Central game so big is that the Beaver have won seven Class A state titles since 2000.

“Dillon’s success over the great many years has magnified the rivalry for us,” Butte Central coach Don Peoples Jr. said. “They just keep plugging in the weapons is the best way to put it.”

Butte Central’s last win over the Beavers came in the regular season of the 2014 season. Dillon won a rematch in a thrilling state title game later that season in Butte, and started a six-game Dillon winning streak over BC.

This year, the Beavers plugged a few holes of key graduates and opened with a 20-13 win at Frenchtown. Last Friday, Dillon thumped Stevensville 47-0 in Dillon.

Fitzgerald tossed TDs to Daxon Graham, John Kirkley and Cole Truman in the first quarter. He hit Truman again early in the second quarter, and Dillon did all of its scoring in the first half.

Butte Central, meanwhile, is coming off a very bad second half in a 43-12 home loss to Frenchtown. The game was tied at 6 at halftime.

Central forfeited its first game a week earlier in Hamilton.

“The second half, we came out and our kicking game let us down and sort of spotted them a touchdown right after that,” Peoples said. “Then we got discombobulated with cramping and rotating kids in.”

Peoples also said the Maroons had some missed assignments that are typical of a first game.

“They really cost us in the second half,” the coach said.

The Maroons hope to have their kicking situation straightened out with junior Joseph Sholey, a soccer player who did not have enough practices to play in the opener.

They hope to have the cramping situation worked out, too. By working it out.

“We’ll be a better team by Friday,” Peoples said, adding that the Maroons have had a great week of practice.

“We felt like, watching the film, we did some good things” Peoples said. “I think we have potential. If we can put it all together, we’ll be a competitive bunch.”

Despite all the trips onto the field by the trainer to stretch out cramped players, the Maroons came away healthy from the loss. Their starting lineup is the same as last week.

Junior lefty Drew Badovinac will get his second start at quarterback. Last week, he completed four passes to Konnor Pochervina, Kyle Holter and Dougie Peoples. The pass to Peoples, a sophomore, went for a touchdown.

Lester, a senior, and Pochervina, ran hard behind an offensive line made up Eric Hart, Crossman, Fisher, Holland and Williams. Sehulster and Ty Driscoll also helped at tight end.

Defensively, the Maroons showed signs of being a stout unit — especially when they did not have to sub several players at a time because of cramps.

The Maroons will hit the road for the first time this season when they play next Friday at Corvallis.

BC will be back at home the next two weeks against Stevensville and Libby.