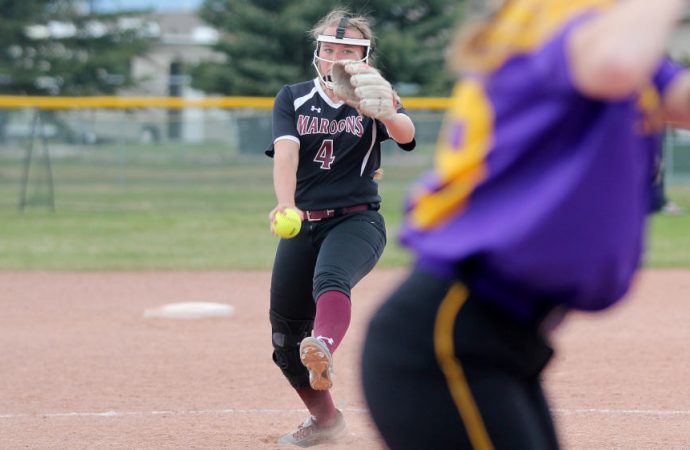 Maci Reopelle scattered five hits, and the Maroons beat Laurel 7-2 at Stodden Park in the first of four games in the tournament named after BC’s former long-time secretary.

The Maroons will play a Southwestern A game at 6:45 p.m. against Frenchtown.

Cassidy Strizic once again led the Maroon offense in the victory. The junior catcher/center fielder smacked two doubles and drove in three runs.

Strizic’s first double, a shot down the left-field line, put the Maroons on top for good in the bottom of the first inning. The shot scored Sofee Thatcher, who drew a leadoff walk, and Emma Keeley, who doubled.

Maddie Kump singled in Strizic for a 3-0 lead.

BC made it 6-0 with three more in the second inning, taking advantage of three Laurel errors.

Makala Doherty drew a walk, Brenna Foley hustled and reached on an error after dropping a sacrifice bunt, and Maggie Stimatz took one for the team. All three scored.

Laurel got on the board when Lexie Stahlman and Riley Chapman hit back-to-back RBI singles with two out in the top of the third. Both runs were unearned because of an error.

A nice play at second base by Zoe Doherty stopped the bleeding and ended the inning.

The Maroons added a run in the fourth. Thatcher bounced a ball over the fence for a ground-rule double to lead off the inning.

Strizic, who caught the opener, drove Thatcher home by placing a two-out double perfectly down the third-base line.

That was more than enough support for Reopelle, who was on top of her game. She struck out seven Locomotives in just five innings of work.

The game was called after five innings because of the tournament time limit. There will be no time limit for tonight’s conference game.