BC crowned co-champs as tournaments called off 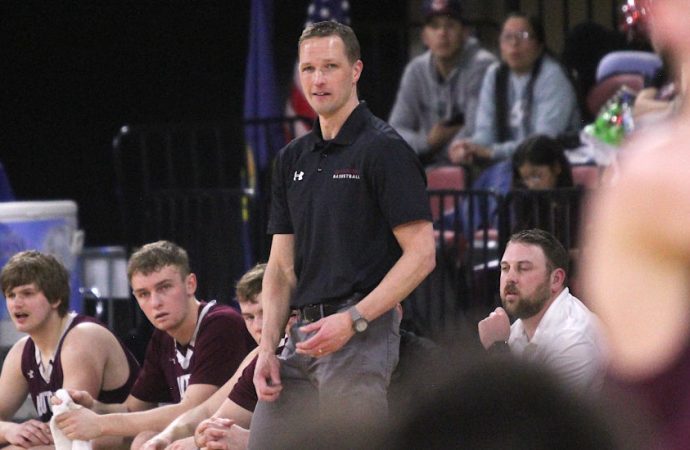 BILLINGS — Butte Central has another state championship under its belt.

But it sure doesn’t feel that way.

Less than two hours after the Maroons beat Browning 66-50 in the semifinals of the Class A State tournament at The Metra, the Montana High School Association announced that the tournament has been called off because of the coronavirus outbreak.

Mark Beckman, the executive director of the MHSA, released a statement saying the Class AA, Class A, Class B and Class C tournaments have been canceled after the Montana Department of Health and Human Services said there are now four confirmed cases of COVID-19 in Montana. (MHSA statement)

Winners of the semifinal games in each tournament will be designated as co-champions. Undefeated Hardin will join BC as co-champions after beating Livingston in the other Class A semifinal.

While the title is Butte Central’s first since Kelly, as a player, helped the Maroons beat Stevensville in the 1992 championship game in Billings, the 16-year head coach of the Maroons felt more like he was punched in the gut.

“I’m still trying to come to grips with what’s going on here,” a somber Kelly said. “It’s just a bizarre feeling right now. It’s really hard to come to grips with that. I just can’t believe why we went from full on to zero. I can’t understand why we can’t get two teams into a gym with no plans and play the game.”

Butte Central’s players and coaches left the arena before learning of the cancellation. Kelly said his assistant coaches broke the news to the Maroons when they were out for a late dinner after the game.

Central will close the season at 20-4, giving a school that started playing basketball in 1915 just its fourth 20-win season.

While Kelly insists he would rather play Hardin for the state championship, he said he knows the MHSA and the state are doing what they think is best for the safety of everyone.

“I know it’s uncharted territory for everybody,” Kelly said. “Everyone is trying to make the right decisions for all.”

Making the decision harder for the Maroons was how good they looked in the win over Browning.

“We played so good tonight,” Kelly said. “I’m just thrilled with the way we were playing.”

The MHSA and each host facility will address the refund of all session adult and student tickets. The information will be posted on the MHSA website.