‘Battle of the Ages’ ends in apology, Campas win

By Sean Eamon
for ButteSports

The Battle of the Ages turned into the Battle to Grab the Microphone for an Apology.

Luis Ramon “Yuri Boy” Campas ended up victorious due to a sixth round disqualification due to injury caused by an illegal action against Anthony Bonsante at the Butte Civic Center Saturday night.

The two former professional boxing champs were involved in a duel that was living up to the billing for the first five rounds. Bonsante succumbed to his own frustration after lifting “Yuri Boy” over his shoulder during the sixth round, then dropping the Mexican fighter resulting in a halt to the action.

Bonsante was deducted a point as he waited in the neutral corner for Campas to recover, but an apparent leg injury was giving him trouble standing on both feet. The referee called for a disqualification midway through the sixth round, giving Campas the win and improving his professional record to 106-17-3.

The two were freely exchanging shots, toe-to-toe for much of the first five rounds. Campas did look to be in the lead as he cut Bonsante outside of his left eye. He also knocked “The Bullet” down in the fifth round with a body shot.

Earlier in the fifth round, the referee had deducted a point from Bonsante for excessive holding. There was a little confusion. A ringside official had to question the ref in between the fifth and sixth round about the deduction.

After the fight, Bonsante grabbed the microphone from the ring announcer following the announcement of Campas as the winner and personally apologized to the crowd at the Civic Center. The Minnesota brawler fell to 34-13-3.

A crowd of around 300 saw the two battling for much of the fight. It was apparent that these boxers were both champions and even though they claim to be retiring, they still have some fight left.

Fighters from the Butte area and around the state were provided a nice chance in the spotlight to shine on the undercard.

Kalispell 175-pounder Jesse Uhde looked strong with third round technical knockout against fellow Kalispell fighter Andrew Howk in the lead up to the main event.

Uhde earned a standing-eight count on Howk in the second round, then scored a second knockdown in the round when Howk fell to his knees after some body shots.

Howk had a noticeable reach advantage in the match-up, but Uhde hooks and right hands were too much to eat.

Anaconda heavyweight Eric Hempstead looked strong as ever in the fight before that. He notched a first round knockout against Idaho’s Josh McPherson.

McPherson took to the ring with a 35-pound weight advantage. The punches from Hempstead were just too much to take.

“The Hammer” landed two rights to the body that resounded throughout the far-away chambers of the Civic Center. After the second right, he connected to the head and it was enough to put away a win.

After the fight, Hempstead greeted some younger Anaconda Golden Gloves boxers before talking to media. Even though he was dominant, he still saw some things he thought he could improve on.

“I’ve got to do something with my head movement,” Hempstead said. “I got him to fall into the punches I wanted to throw. I wanted to stay low and make him reach.”

The Anaconda giant realized in the opening seconds of the fight that McPherson was left-handed. Previously he had studied some of McPherson’s MMA fights, but did not figure he was a southpaw because some MMA fighters use an interchangeable stance.

This was at least the second fight in the last six months where Hempstead faced a fighter that unexpectedly ended up being left-handed once the opening bell rang.

“I didn’t know he was left-handed. That could have been why I ate punches,” Hempstead said. “Those left-handers are always open for a right.”

Hempstead’s fight was an exhibition, so he still holds his 2-0 professional record that he started the week with.

Anaconda fighter Jered Lunceford came up short in his bid for a second professional win in his first two fights. Justin Walker of Shepherd was able to counter Lunceford as he was sliding his head to the side with a right hand.

Walker won at the 1:41 mark of the first round. Before that it looked like it had potential to be one of the better match-ups of the night with Lunceford landing a couple of square right hands on Walker against the ropes.

At 150 pounds, fans saw an impressive showing by Spokane’s Jacob Szilasi. He used a relaxed, pointed attack on Bozeman’s Jake Fowler to get a TKO victory at 2:42 in the first round.

Szilasi hurt Fowler’s left side with a hook and the Bozeman brawler was unable to recover. 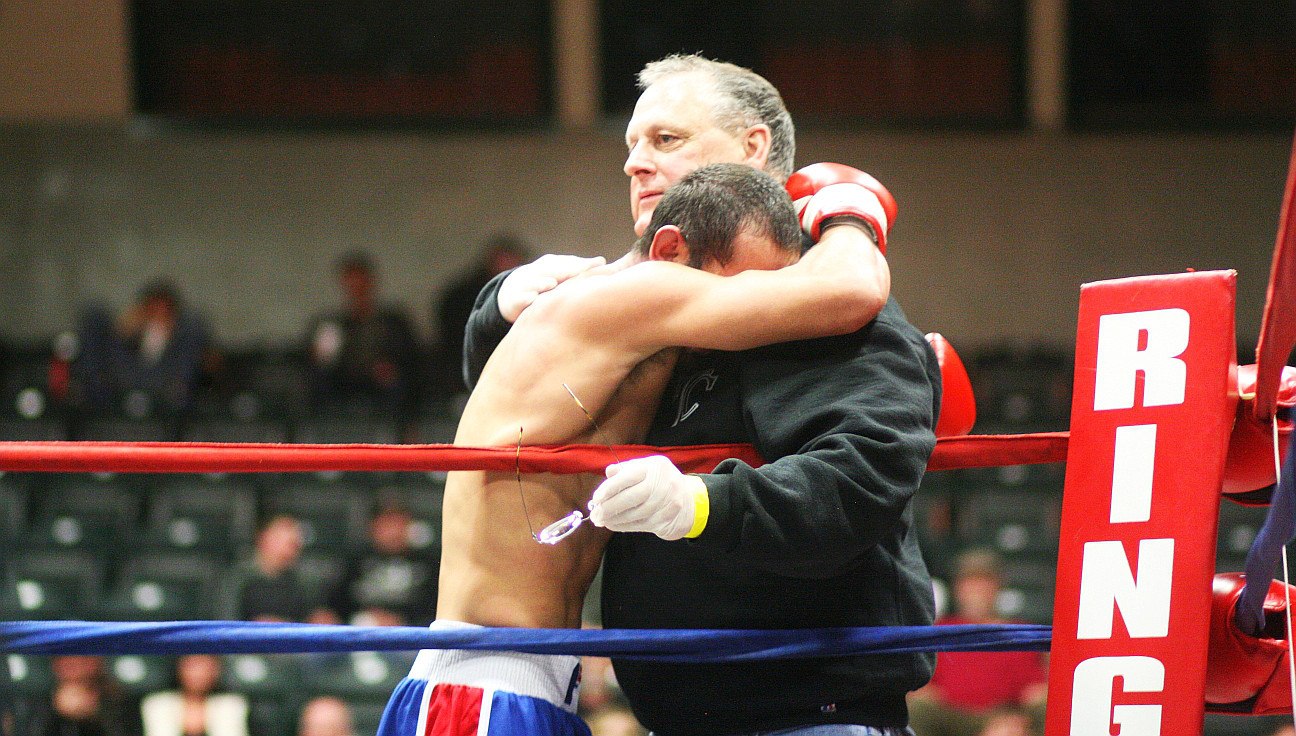 The fight of the night before the main event came in a matchup of Butte’s Anthony Curtiss and Idaho’s Aaron Von Snow at 145 pounds.

Von Snow controlled the action in the first round with a deceptive jab he was able to land with his back to the ropes. The second round started to tilt the fight in Curtiss’ favor as he landed some flurries in the action.

Curtiss cornered Von Snow in the third round and was able to get a standing-eight count after some nice punces to the head. The ref stopped the fight thereafter at the 2:42 mark that round.

Butte’s “Wild Thing” proved a coachable athlete as he took attack advice from his corner and was able to use it to improve his attacks as the fight went on.

“I had a blast,” Curtiss said. “I was thinking how to get the jab in. I didn’t rush the kid because he got me once.”

There was a bit of a turning point for Curtiss’ corner in-between rounds.

“You can tell what a guy’s like when he comes to the corner and he’s full of life,” Curtiss’ cornerman Chris Eamon said.

The win puts Curtiss at 1-0 at a boxing pro and he’s looking forward to his next test.

The night opened with Tyler Vogel of North Dakota getting a third round knockout against Bozeman’s Kevin Kline. Vogel didn’t have the reach advantage, but used inside fighting and hooks to get a standing eight-count in the third round and eventually win.

The potential for more boxing events like this in Butte could be looking up. A few hundred people attended the fights. Some notable names in the crowd included Butte’s “Fighting Firefighter” Vince Dunphy and Anaconda lightweight great Tom Gates. The coaches for the state’s amateur team were also on hand.

Battle of the Ages
Saturday
at the Butte Civic Center

168 — Luis Ramon “Yuri Boy” Campas def. Anthony Bonsante by disqualification in the sixth round (injury caused by an illegal action).

175 — Justin Walker, Shepherd, def. Jered Lunceford, Anaconda, by knockout at 1:41 in the first round.