Batteries not included at Naranche Stadium 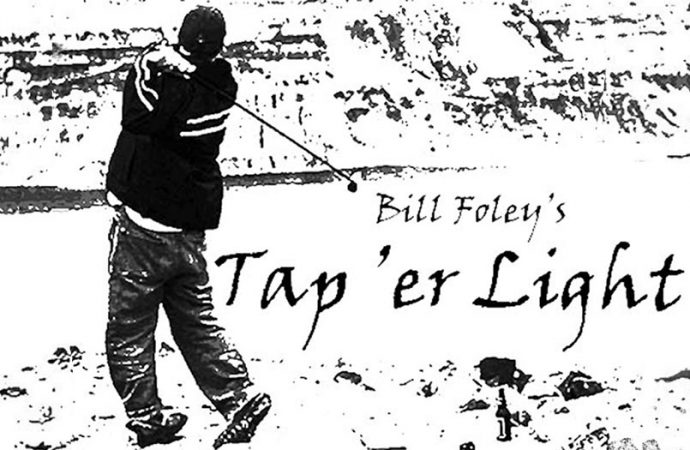 In the summer of 1996, a Missoula writer attacked Butte and the people who live here in a national magazine.

The melodramatic piece depicted a town so despicable that the Lady of the Rockies statue stands on the mountain looking down on us in shame.

In addition to many other inaccuracies, the story claimed that the arsenic level is so high that cats cannot survive and trees cannot grow in Butte.

After the summer break, I went back to school at the University of Montana, where the writer was a teacher. I looked him up in the university phone book and invited him to visit my hometown.

I wanted to show this guy, who clearly never spent any significant time in the Mining City, that Butte people were really not the beaten-down, sad souls he described. I also wanted to show him a cat in a tree.

Of course, this guy declined my invitation, choosing instead to hide under his veil of ignorance.

The cat thing is something that comes up from time to time, and it is hard to say where it originated. We just know it is not true.

Maybe there really was a time, many decades ago, when cats could not survive in Butte. Nobody still living, however, is old enough to remember such a time.

Yet, that line is repeated from time to time by those who like to trash talk when things seem to be going in Butte’s favor.

Lately, those cats have turned into batteries.

The myth that gets thrown out there more nowadays is that fans of the Butte High Bulldogs routinely spit on and throw beer cans, quarters and batteries at opposing teams during football games at Naranche Stadium.

Yes, Butte people have had to defend themselves against the accusation that they treat out-of-town high school kids the same way Mets fans treated their pitcher John Rocker at Shea Stadium.

Or, at least Mets fans were accused of treating Rocker.

Last week, a Facebook page that is supposedly dedicated to Montana Class AA high school football went on the offensive about Butte fans.

It started with a video that lectured Butte about how we are treating out-of-town high school players. The video has since been removed.

The words of advice in the video would actually not be bad if — and that is a big if — they were aimed at all high school football fans.

Adult fans should not single out and taunt high school players. They should be positive. This is so obvious that it should go without saying.

Instead, the speaker, who I have not seen at a game at Naranche this season, directed his words at Butte as if we have a monopoly on poor behavior at sporting events.

Then, comments made by a site administrator during the heated debate that ensued pretty much plagiarized a line from Rocker’s infamous 1999 Sports Illustrated interview when he trashed the Big Apple.

Rocker also talked about how the New York fans say bad things about his mother, another allegation made about Butte fans by someone who, admittedly, was not there.

Of course, none of that is true about Butte. It probably is not even true about New York.

In the nine seasons since the Bulldogs moved back into Naranche Stadium after a 37-year absence, a single battery has never been found on the sideline. Not one. There also has been an absence of quarters and beer cans.

For one thing, have you seen the price of batteries these days?

Even those little AAA batteries cost a lot, and they are not going to do a lot of damage if you throw them at a padded football player.

Not even the knucklist of knuckleheads is going to take the batteries out of his remote control so he can throw them at the Bozeman Hawks.

Also, rocks would be a way better option, and we have unlimited amount of those.

Rocks are much easier to throw than batteries, yet rocks are also suspiciously absent from the sidelines of Naranche Stadium.

That is not to say that there has never been anything thrown at a player on the sideline. There very well could have been an incident or three over the years.

You know what, though? That happens everywhere. No matter which direction you travel, you will not find a shortage of morons.

Sure, the stands at Missoula County Stadium, Memorial Stadium and Daylis Stadium are further away from the field — and opposing players — than they are at Naranche. But you can still throw something at the participants in those stadiums.

Your grandpa could easily hit a player with a size D battery at those stadiums. Your mom could scream a vulgar comment loud enough to be heard, too.

One theory as to why Butte has to repeatedly fend off such accusations is that the rest of the state simply cannot stand to see Butte successful. This theory has some legs because these accusations only seem to surface during the seasons in which Butte has a team is successful.

Whatever it is, Butte is the city that is constantly under attack.

“Butte’s a s— hole.”  We hear that all the time when traveling around the state.

Even though Butte water has been safe to drink for quite some time, we are also routinely mocked because of a public health crisis with our water system that occurred about 30 years ago.

Do Butte people cry about it on Facebook? Do we lecture fans of other teams how to behave at their stadiums?

We do not, however, go so far to trash the opponents with a mythical playbook stolen from a world class jerk like John Rocker.

For those who still think opposing players are the recipients of spit, beer cans, quarters and batteries, I offer you the same invitation I extended to that writer 23 years ago.

Come to Butte and watch a Bulldog game at Naranche.

No, do not just come when your son, grandson or nephew is playing the Bulldogs. Come to a game in which you have no rooting interest.

Come see the best high school football stadium in the state — and maybe the world — for what it is, and not what you think it is or heard it is.

We will save you a seat in the front row, where you can see for yourself that batteries are not included in the cheering at Naranche Stadium.

Come see for yourself that the people of Butte are merely fans who are proud of their stadium and their football team.

Accept that invitation so we can end these silly myths once and for all.

That is a way better option than hiding behind your keyboard and under your veil of ignorance.

— Bill Foley, who never throws a battery smaller than a D, writes a column that appears Tuesdays on ButteSports.com. Email him at foley@buttesports.com. Follow him at twitter.com/Foles74. Check out his NFL picks every Thursday. 10 comments