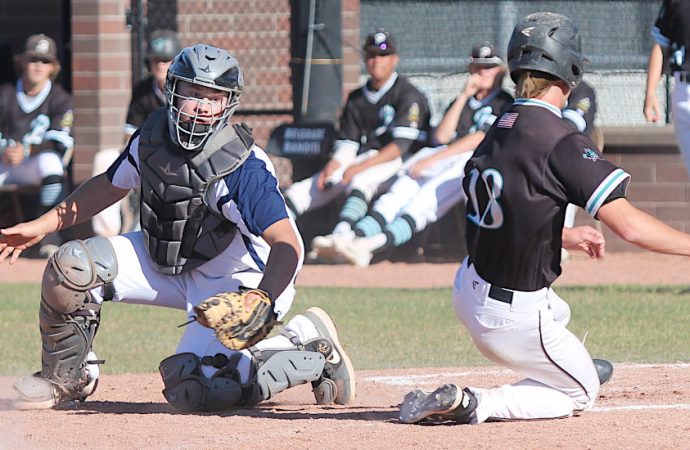 The Butte Miners got a glimpse of where they want and need to be Tuesday night.

Belgrade swept a Southern A doubleheader from the Miners, winning 13-8 and 10-3 on Miners Field at 3 Legends Stadium.

The sweep, which was the second at the hands of the Bandits this season, means the Miners are playing for second place in the regular season.

For Butte coach Jeff LeProwse, it also meant a lesson for his aspiring club. 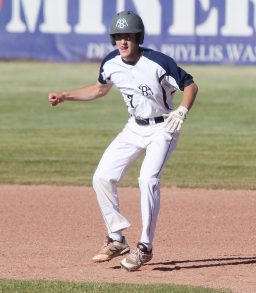 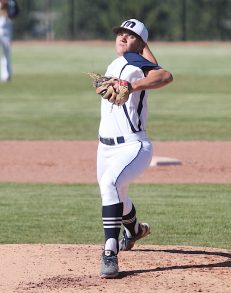 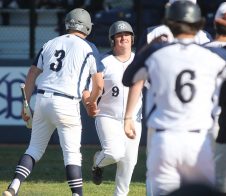 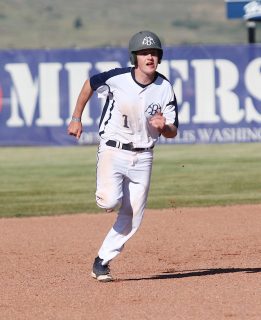 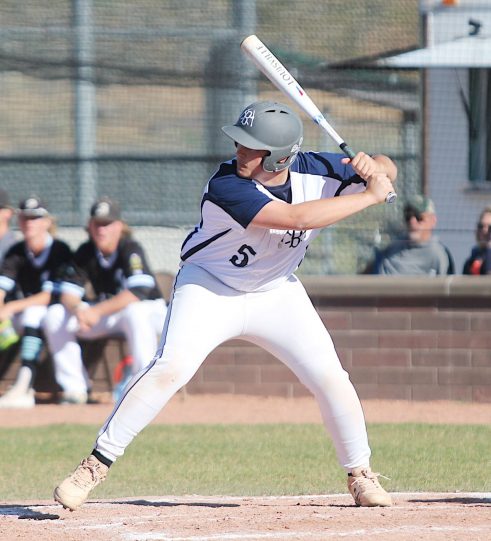 Belgrade outhit Butte 20-17 in the twin bill. The Bandits, though, did the little things right, while the Miners too often did them wrong. The Miners committed nine errors and issued 13 walks.

Belgrade also handed a rare loss to Butte ace Ryan Wahl in the opener, striking four five runs in the top of the fourth.

“They executed well with runners in scoring position against Wahl, and they did hit him well,” LeProwse said. “They hit the ball really well. They hit Ryan Wahl really well, which is not normal.”

The double dip saw a pair of ejections. Butte leadoff hitter Rylan Richards got tossed for making a comment to the umpire after striking out in Game 1. Belgrade manager Johnny Graham got the heave-ho for arguing balls and strikes in the night cap.

The night also saw a pair of home runs by Butte batters. Zach Tierney hit the team’s first home run of the season in the opener. Tierney also has several blasts playing for the Muckers.

The Miners will head to Gallatin Valley Saturday to take on the Outlaws in another key doubleheader. GVO, which is 11-5 in league play, is Butte’s top competition for the No. 2 seed in the district tournament.

Butte will have Wahl and Richards available to pitch in that showdown.

The Miners will also have a better understanding of what it takes to beat the top teams in the league, LeProwse said.

Game 1
Bandits 13, Miners 8 (Boxscore)
Right after things went so right for the Miners, they started to go very wrong.

Belgrade bounced back from a four-run Butte third inning with five runs in the top of the fourth, taking a 6-4 lead.

The big blast in the frame was a three-run triple by Belgrade leadoff hitter Lance Neil, who drilled a shot to the fence in right field. The hit scored Keaton Carter, Aiden Kulbeck and Isaiah Broadhorst.

Nell scored on a sacrifice fly by Cole Thomas.

Seth Green started the inning off with a triple. He scored when Butte third baseman Kian O’Neill made a nice play on a hard shot by Carter. O’Neill threw home, and Green slid just past the tag of Butte catcher Evan Starr.

Kalispell took command with five more runs in the sixth. A two-run double by Broadhorst highlighted that frame for Belgrade.

After Belgrade struck first with a run in the top of the third, the Miners  put up for in the bottom of the inning.

Richards and Egan Lester led off the inning with singles. Richards raced home on a double by Wahl before Lester scored on a sacrifice fly by Lee.

Eric Hart doubled in Wahl, and Hart scored on a wild pitch.

That was the end of the good news for Butte, scored one if the fifth and sixth and two in the seventh. The last two runs came on a line-drive shot to left by Tierney.

Lester accounted for three of Butte’s hits in the opener. Wahl, who also tripled, joined Hart with two. O’Neill and Kenley Leary added singles for the home team.

Reece Cox and Hart pitched in relief for the Miners.

Cooper VanLuchene pitched into the fifth to pick up the win. Neill got the final eight outs.

Game 2
Bandits 10, Miners 3 (Boxscore)
Belgrade never trailed in Game 2. The Bandits put up three runs in the first inning — all with two outs — to take the lead for good.

Belgrade added a run in the second and two more in the third to make it a 6-0 game before Lee cut the lead in half with a no-doubt three-run blast over the right-field wall.

Lee’s shot, which was the first of the season and fourth as a Miner, scored Leary and Wahl.

Unfortunately for the home team, Belgrade answered back with three more in the fourth. Richards, who picked up the win on the bump, hit a two run double.

Green added an RBI double as the Bandits added an insurance run in the sixth.

Green pitched into the sixth inning, striking out seven and scattering five hits in the victory.

Leary started and took the loss after three innings. He pitched the nightcap despite taking a nasty fall after a collision with Belgrade first baseman Wyatt Lambeth in the opener.

O’Neill hit a double and a single in the loss. Leary hit two singles. Wahl hit one.