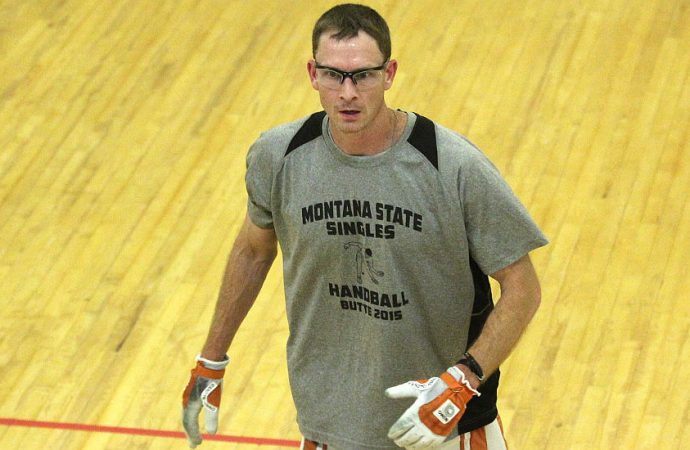 Brett Badovinac is shown in this Butte Sports file photo.

Badovinac beat Don Foley 21-13, 21-15 Tuesday night in the championship match of the Butte City Open handball tournament. The title is the second in a row and seventh overall for Badovinac.

He will seek his second state championship when the Montana State singles tournament begins Friday at the Elks. Badovinac won the state title two years ago in Butte.

This year marks the 100th anniversary of the Montana Handball Championships, which were first held in Helena in 1919.