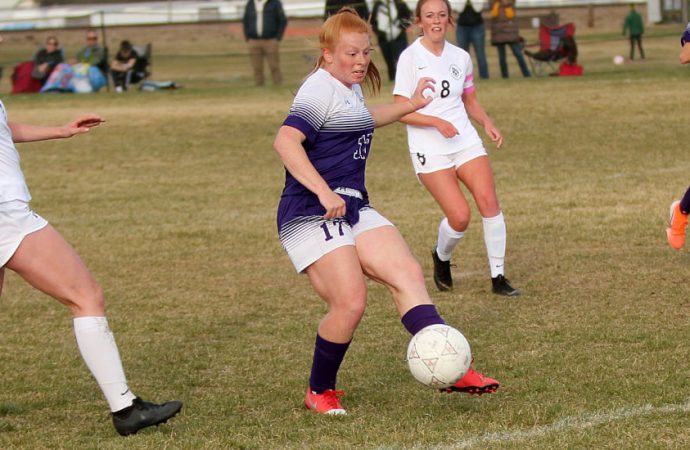 The Butte High girls’ soccer team didn’t do itself any favors Tuesday evening at the Jeremy Bullock Complex.

Helena Capital took advantage of several Bulldog miscues, and the Bruins topped the Bulldogs 6-0 in a Western AA match.

“A lot of times this year, we are our own worst enemy,” Butte High coach Jacob Steilman said. “That’s what it was today.”

The Bulldogs and Bruins played to a 1-all tie last month when the teams met for the first time.

Capital went on the offensive Tuesday, keeping Bulldog goalkeeper Haley Herron under attack from the start.

Ellie Stiffler found the back of the net on the seventh minute. With just over 11 minutes left in the first half, Marin Chapman scored off a Jaymee Sheridan pass for a goal to make it 2-0. 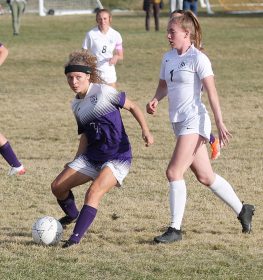 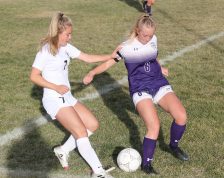 Lexia Dauenhauer of Butte High battles for the ball on the sideline with Capital’s Jaymee Sheridan. (Bill Foley photo) 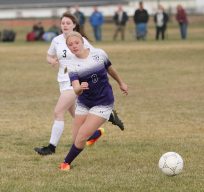 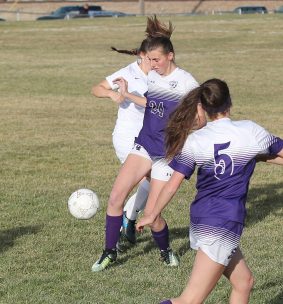 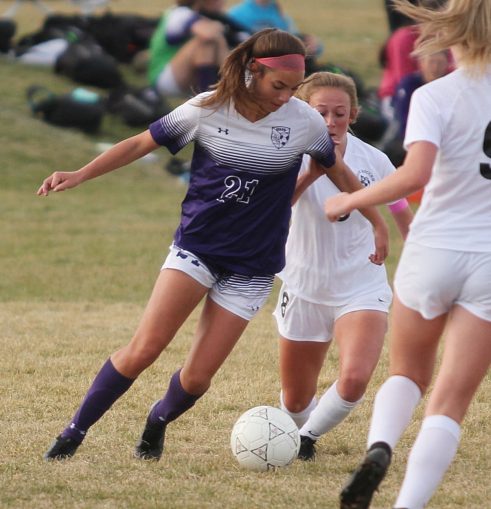 The roof caved in on the Bulldogs in the second half.

“We were really unfortunate today,” Steilman said. “There were a lot of goals that we gave away that were cheap. There were a few more goals that wouldn’t have happened in a regular game.”

Capital’s Lilian Danzer and Stiffler added goals down the stretch.

Steilman said the Bulldogs played better than the score indicated.

“I think it was more competitive,” Steilman said. “We just let them score too easily, and we didn’t take our chances. We had chances. We didn’t take them. They had more chances, and they took them.”

The style of the second meeting between the Bulldogs and Bruins was much different than the first.

“It was an extremely different game than the first time we played them,” Steilman said. “It was way more open. It wasn’t nearly as compact. That opened the game and allowed them to get their speed going.”

Steilman added that a lot of players on his team have shown tremendous improvement throughout the season.

Butte High (0-12-1) closes out the regular season Thursday at Helena High. The Bulldogs will likely play a playoff game at Kalispell Glacier next week.