Dillon, Mt., January 28, 2016—Ten people have died in avalanches across the Western U.S. in the past twelve days. A layer of weak sugary snow at the base of the snowpack exists across the mountainous areas around southwest Montana. Another layer of concern exists within the top foot or two of the snowpack. These persistent weak layers formed in November and late December, are now buried deep in the snowpack, and will likely remain a problem all winter. 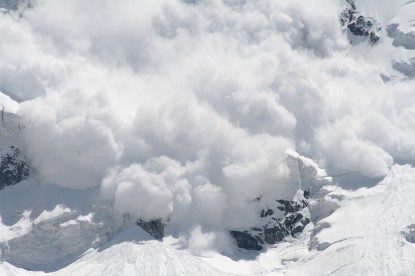 Anytime a new load of snow falls on this fragile snowpack structure, the likelihood of avalanches increases. Snow, heavy at times, as well as strong winds are forecast for the southwest Montana mountains into the weekend.

Forest Service officials are advising recreationists to avoid travel on or below steep snow covered slopes.  This advice does not apply to developed ski areas where avalanche hazard reduction work is performed.

Avoidance of avalanche terrain, between 30 and 45 degrees steepness, is the most effective way to safely recreate when snow stability is poor.  Signs of recent avalanches, cracking, and/or collapsing of the snow, otherwise known as “wumphing”, are clear warning signs that the snow is unstable.  These signs may or may not be present right now as the current snowpack is variable and tricky. Trails and low-angle meadows without steep slopes above them are safer terrain choices at times of poor snow stability, as is avoidance of avalanche runout zones below steep slopes.  Avoid exposing more than one person at a time to avalanche terrain. Always carry avalanche safety equipment including a beacon, shovel and probe and know how to use this gear.

Forest Service officials recommend that all wintertime backcountry travelers educate themselves through a variety of ways including reading, on-line resources, and taking an avalanche safety class.  Please visit the Beaverhead-Deerlodge Facebook page for more information. More information on how to educate yourself, including local classes, is available online at: