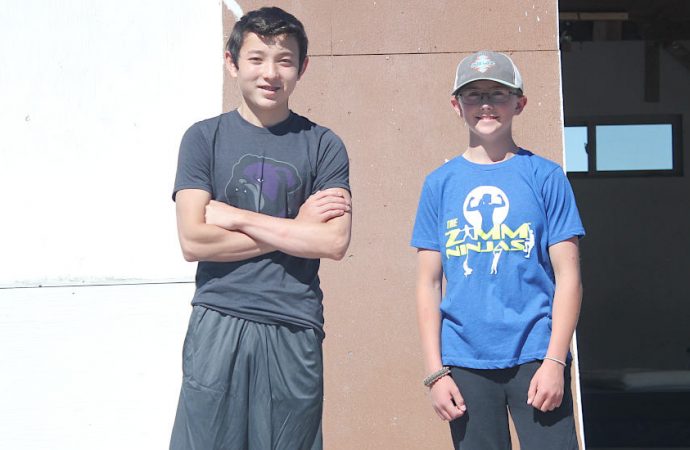 A garage at the Andrews residence in Butte has been turned into a Ninja gym.

The gym features a “salmon ladder,” and other bars and obstacles set up for American Ninja Warrior training. A 14-foot “warped wall” stands just outside the garage doors.

On the garage floor sits a large miter saw, which on Wednesday morning was positioned not far from a mattress set up as padding below a giant fidget spinner hanging from the rafters.

“I leave the blade exposed for the pressure competitions,” 15-year-old Evan Andrews said.

Of course, Andrews is joking.

The saw is part of what might be his most important job that he works in his garage. Andrews is an engineer and carpenter, building obstacles for American Ninja Warrior.

He is also a competitor and a coach.

“For the past year she has been training with me,” Andrews said. 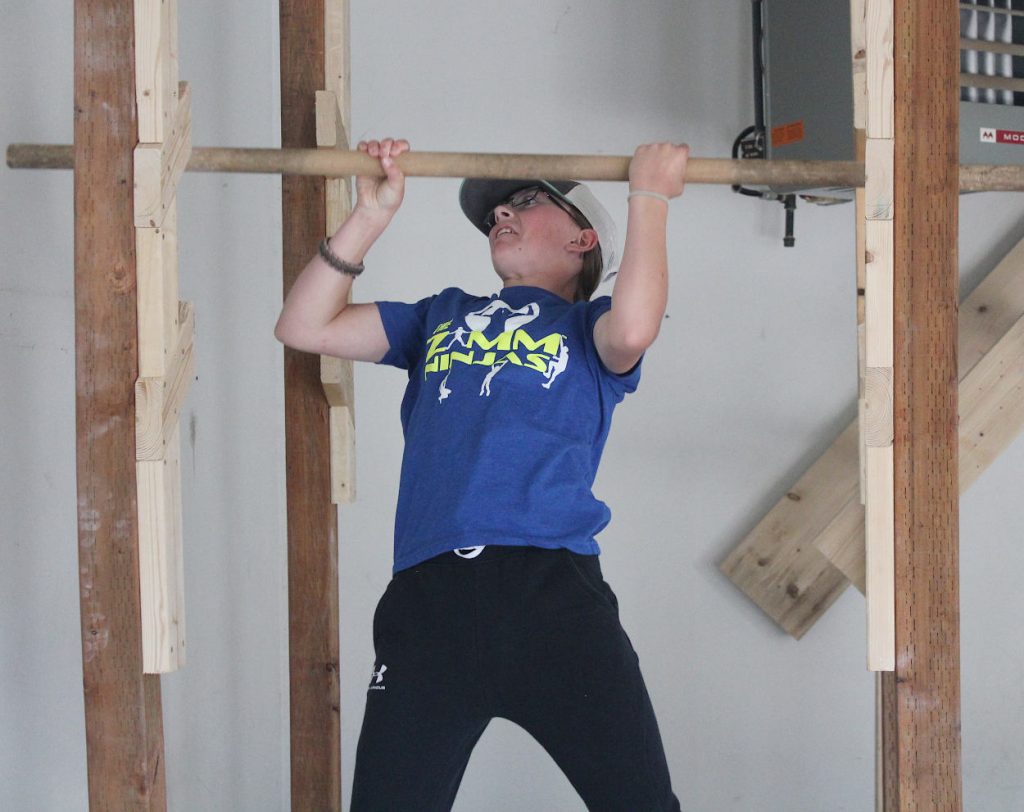 Blow, a West Elementary graduate who is heading to seventh grade at East Middle School when school resumes, said she was ready for the event because of her work with Andrews. The two work out together for 2 hours every Wednesday and Friday.

“It was great,” she said of the competition.

Like with Andrews, Blow got into America Ninja Warrior by watching the show with her father, Jim. She started out with a pullup bar and a few other small items at home.

As a 10 year old, Andrews tried to turn his own house a makeshift course before his parents, Dr. Curtis and Laurie Andrews, finally gave in and helped him build his own gym.

Eventually, mutual family friends Dr. Nick and Judy DiGiovine, hooked Jessica up with Evan, and that pretty much doubled the number of Ninja Warriors in the Mining City.

“Evan has been good for Jessica,” her mother, Bobbi, said. “He keeps her focused and helps her improve.”

When she is not working out for her latest sport, Jessica is working on her other two, wrestling and basketball. Sometimes the training over laps. Kind of.

“Jessica walks on barrels,” Bobbi said. “That’s what she does for balance. Sometimes she bounces her basketball on them.” 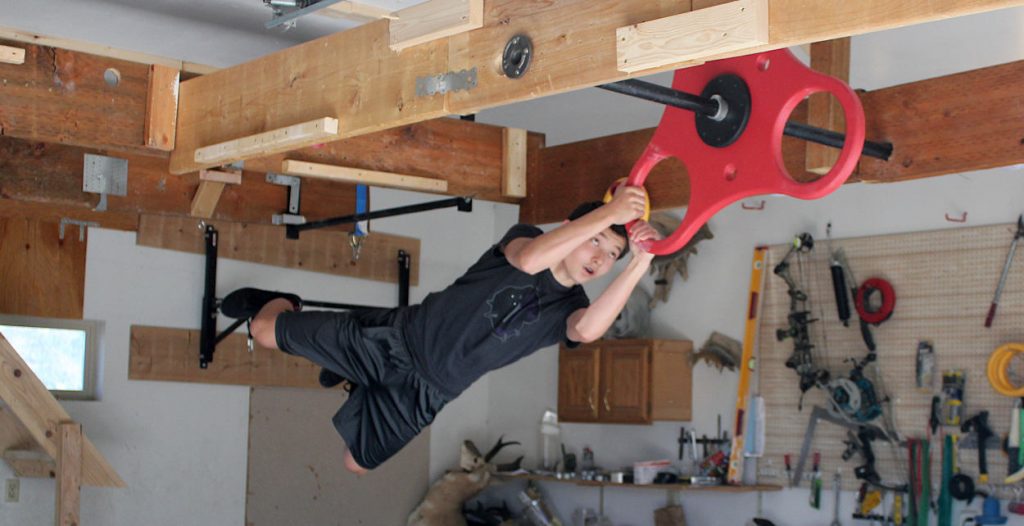 In addition to being a competitor on American Ninja Warrior, Andrews said he would like to own a Ninja Warrior gym. So far, he has two years of developing behind him.

The garage gym, which was a Christmas present to Andrews, is actually his second gym. The first was at a garage at the family cabin at Georgetown Lake.

His grandfather, Larry Kawasaki of Hawaii, helped his father build the “warped wall,” which is the finale of all competitions.

Andrews is constantly redesigning his garage gym, in which he works out 2 hours almost every day.

“I rebuild a lot,” he said. I see a lot of different obstacles. Every time I see one at a trendy gym around the nation, I get an idea. That’s where I got the idea for the fidget spinner.”

The constantly-changing gym was beneficial to Jessica at her first competition where competitors do not get much of an advanced look at the courses.

“You get there, they show you and you do it,” Bobbi said. 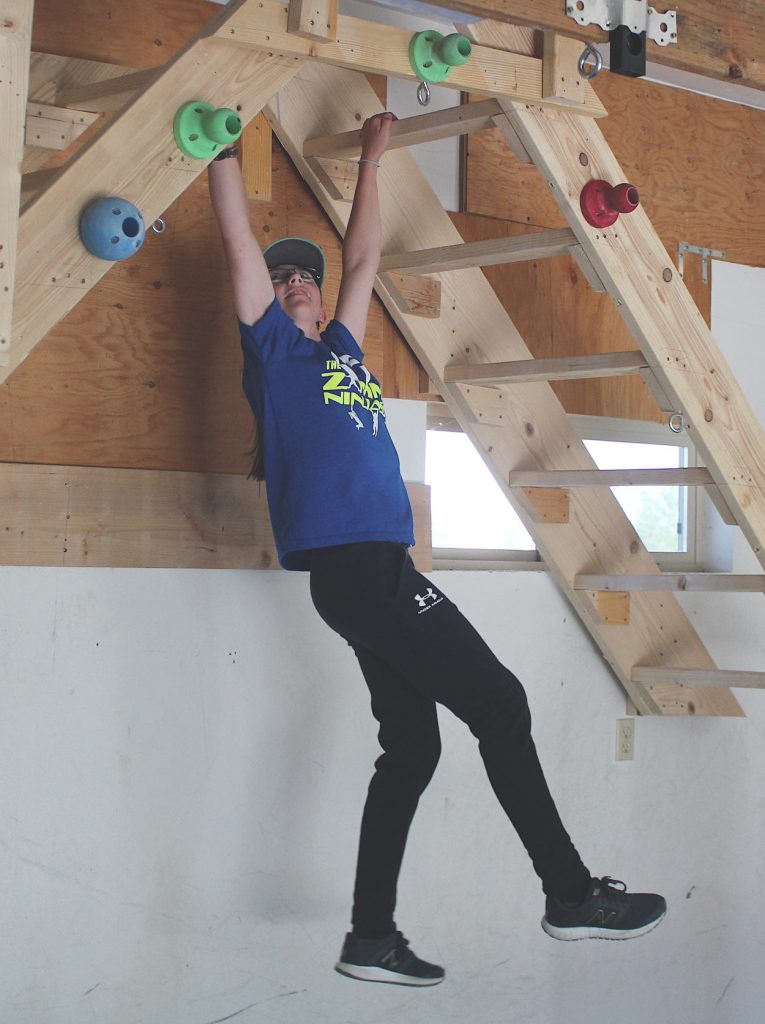 Jessica Blow works her way through one of many obstacles at Evan Andrews’ Ninja Warrior gym.

Andrews is also in training for another competition in Las Vegas in September. That is, assuming the COVID-19 pandemic does not move or cancel that event.

While the coronavirus has been a killer to sports around the nation, the pandemic actually has provided Andrews, who used to train in martial arts and CrossFit before focusing solely on Ninja Warrior, plenty of time to train, design and build.

“This is the only thing that COVID hasn’t affected,” Andrews said. “If anything, I have been out here more. COVID has given me a lot of time.”

Andrews and Blow are going to use that time to keep working on improving on their favorite sport. Andrews will also be putting that miter saw to work.

He will not be hiring out those carpentry skills, which are extremely advanced for a 15-year-old boy. Instead, he will save his craftmanship for his new course ideas.

“I specialize in Ninja obstacles,” he said. 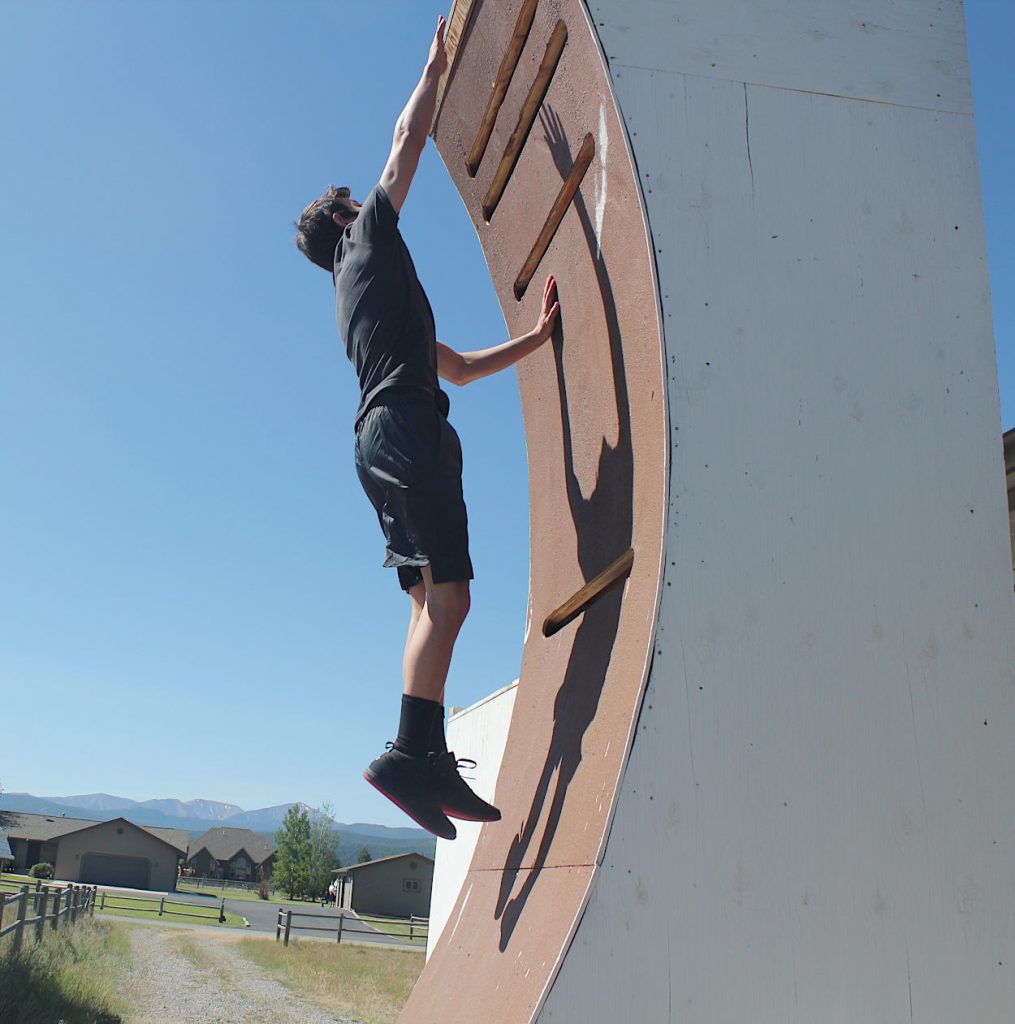 Evan Andrews attempts to get to the top of his “warped wall.”