All the players from the Rock 3 on 3 Youth Basketball League are shown in this courtesy photo.

The Air Force and Butte Ballers 3 claimed the tournament titles on the last Sunday of the Rock 3 on 3 Youth Basketball League at the Maroon Activities Center.

Air Force went 11-0 on the season. After winning all eight games during the season, the team won three in the playoffs, including a 19-9 win over Swish in the championship game. 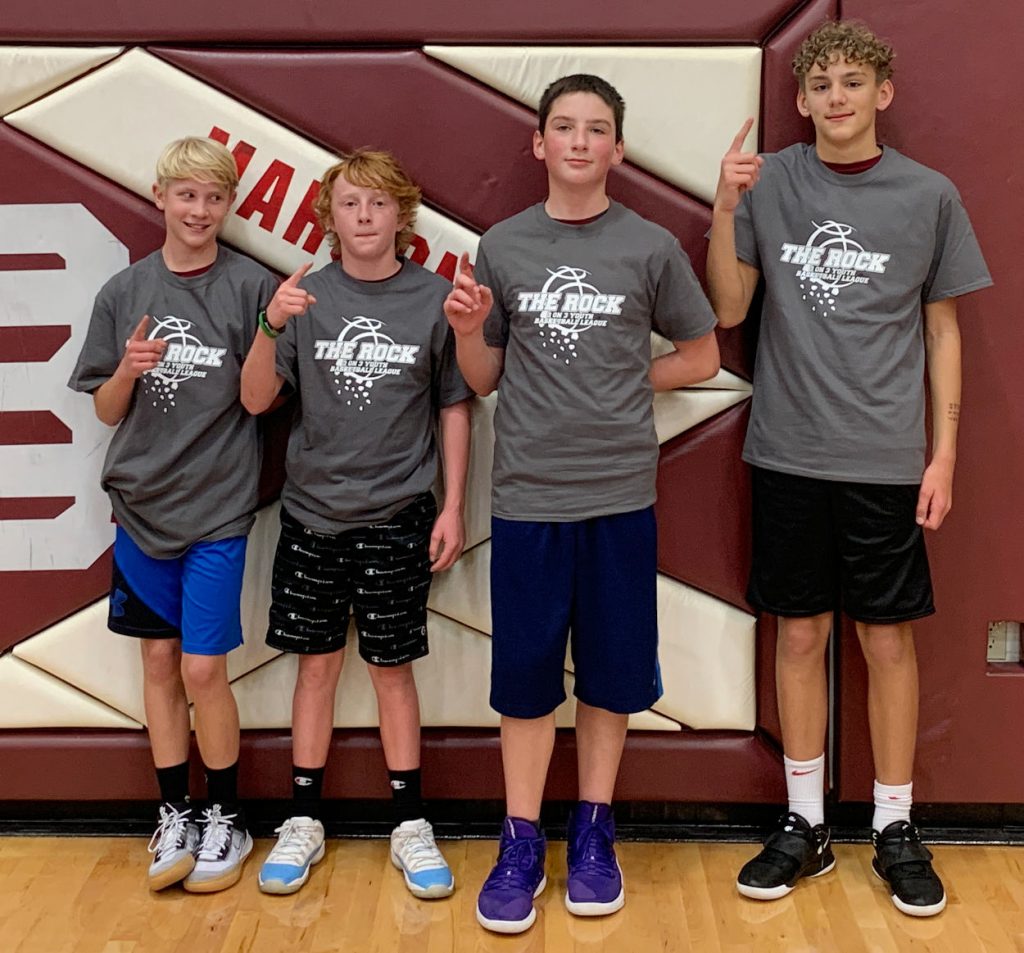 After tying for second in the regular season at 6-2, the Ballers got hot at the right time, winning three games for the title. That includes a 9-7 win over the Net Rippers in the championship game. 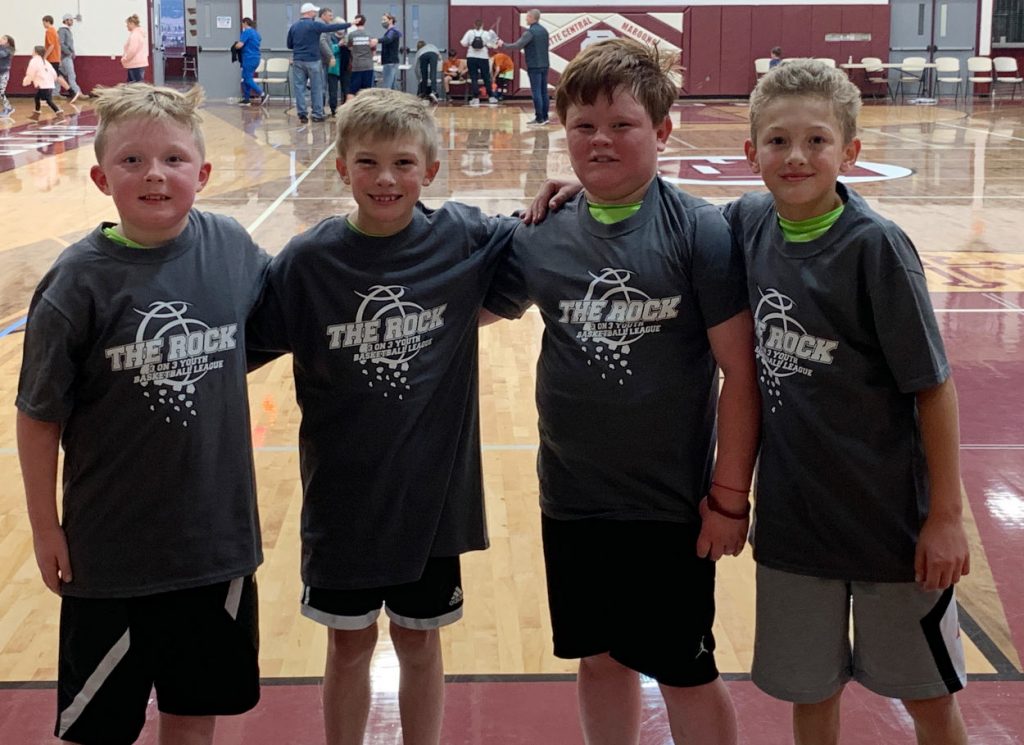 Click the links below to see final standings and tournament scores.