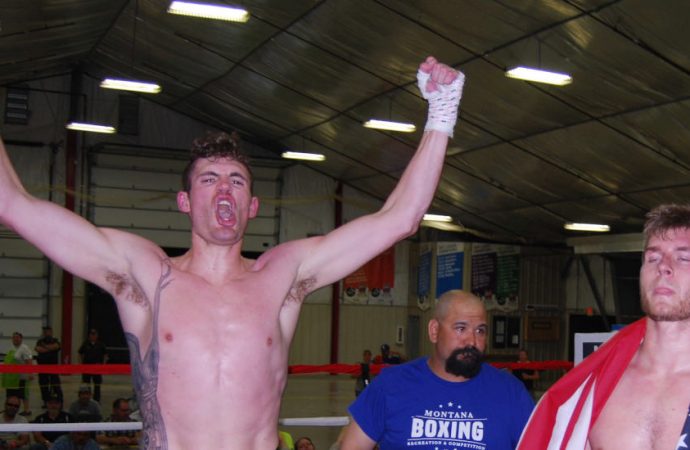 BOZEMAN — Butte native Adam “The Axe” Axelson added another win to his professional boxing record Saturday night at The Glory Bound Boxing Tournament held at The Haynes Pavilion on the grounds of The Bozeman Fairgrounds.

The event drew boxers from Bozeman, Anaconda, Kalispell, Livingston, Whitefish, Townsend and from as far away as Spokane.

Competing at 185 pounds, Axelson beat Taylor Reed from Kalispell in a unanimous decision. Reed brought an impressive fight record of 11- 1 to the contest, having strung together 11 straight previous wins. Fighting for The Montana Boxing Club of Belgrade, Axelson improved to 6-1 in his pro career

Axelson, a Butte Central graduate, has participated in combat sports since he was 16. He is a former Montana and Regional Golden Glove Champion at light heavyweight, was selected to participate in Nationals on two occasions and is a veteran of not only traditional boxing but of mixed martial arts and kickboxing as well.

He hopes to fight in front of his hometown on a boxing card in the near future.