Aaron Rodgers finally gets his Chester the Terrier 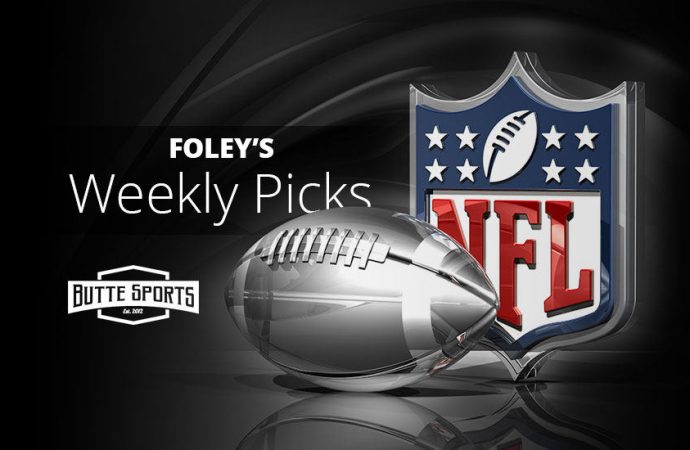 Remember the old Looney Tunes characters Spike the Bulldog and Chester the Terrier? If you don’t you should go look it up on YouTube right now.

Chester is a little dog who is over eager to impress is big friend, Spike. Spike has no interest in Chester at all.

“Hey Spike, how bout we chase cars?!” Chester says. “Does that sound like fun?!”

Spike says, “Nah,” as he backhands Chester out of his way.

Chester: “Nah, that wouldn’t be no fun. How ’bout beating up a cat?! Would you like that, Spike? Huh? Spike?”

Chester braces again for the slap, only this time he doesn’t get it.

With that, Spike and Chester are friends.

That has to be what it was like this year with new Packers head coach Matt LaFleur and quarterback Aaron Rodgers.

LaFleur is the 15th coach in Packers’ history, if you don’t count the four games led by interim boss Joe Philbin after Rodgers got Mike McCarthy fired near the end of his 13th year at the helm last season.

McCarthy, who led the Packers to 125-77-2 record and one Super Bowl title, was never good enough for Rodgers.

While LaFleur takes over the Packers with some pretty good qualifications working under the likes of Kyle Shanahan and Sean McVay, he was hired for one reason. He is willing to say “yes” to Rodgers.

The coach will call the plays, but Rodgers doesn’t have to listen to him. Sure, that will not be a change from previously when Rodgers just ignored McCarthy.

This time around, though, Rodgers won’t have to backslap the coach out of the way.

Here’s what the coach said about Rodgers in a recent interview: “We’ve given him all the freedom. So if he sees something, he’s got the green light to do whatever he needs to do to get us into a good play. We’re not going to take that from him.”

Translation: “Hey, you want I should dig up some bones for ya, Aaron? Anything you say, ’cause you and me are pals. That’s right, eh, Aaron?”

Of course, it should be noted that I laughed historically when the Packers hired McCarthy away from a terrible San Francisco team after the 2005 season. All McCarthy did was go 18-7 against my Bears. That includes the NFC Championship Game in January of 2011.

Thanks to a quirk in the schedule and that playoff game, McCarthy’s Packers actually beat the Bears four times in the calendar year 2011.

So, you will not see me laughing too hard at the hiring of Aaron’s lapdog.

In fact, the Packers hire of a coach willing to bend over backwards and hand in all of his credibility to please a coach just might be exactly what the Packers need. That is because Rodgers is good enough to make it work.

Maybe they should have just hired Rodgers to be the head coach.

If he is happy and in charger, then he will be motivated — unlike last year when the future Hall of Famer mailed it in down the stretch to make sure that knife was securely locked in McCarthy’s back.

All LaFleur has to do is make sure to brace himself before the quarterback backhands him.

I will also be bracing myself as the Bears face Spike and Chester on Thursday night. I haven’t been able to sleep for the last two weeks worrying about it.

Speaking of sleeping, last year I went 126-128-2 picking against the spread in the regular season. If I was a gambling man, that kind of record might have me snoozing with fish.

I went 162-94 straight up, but that is completely meaningless when Knuckles and Vinny come knocking on your door. Of course, you deserve what you get if you place bets based on my picks.

I am, after all, basing my picks on Looney Tunes.

Here are my picks for Week 1 of the NFL season. The lines are from ESPN, the network that plays Chester to Roger Goodell’s Spike.

Thursday night
Green Bay (plus 3) at Chicago
You ever seen that episode where Chester and Spike meet Sylvester and Spike repeatedly gets his butt kicked by a panther?

Roquan Smith is that panther.

Sunday
Tennessee (plus 5) at Cleveland
The Browns have not been favored to win their season opener since Bernie Kosar was king of the Mistake by the Lake.

Baltimore (minus 6.5) at Miami
Whoever is left in Miami, make sure to turn out the lights.

Atlanta (plus 4) at Minnesota
The Vikings are the only team with a worse kicking game than the Bears. Upset.

Buffalo (plus 3) at New York Football Jets
Le’Veon Bell held out an entire season so he could sign with the Jets? Really? The Jets?

Washington (plus 10) at Philadelphia
A 10-point road dog in a divisional game. Ace Rothstein must have taken the week off.

Los Angeles Rams (minus 2.5) at Carolina
After giving Jared Goff a $134 million extension, the Rams better win this game.

Kansas City (minus 3.5) at Jacksonville
The NFL Networks Top 100 players of 2019, which is voted on by the players, lists Patrick Mahomes at No. 4.

Tom Brady, who beat Mahomes in the AFC Championship game, is No. 6, by the way.

Indianapolis (plus 6.5) at Los Angeles Chargers
If there is such a thing as karma, the Colts fans won’t get to see their team win a single game this year after booing Andrew Luck for retiring.

Then, the team will move to Toledo in the middle of a March night.

Cincinnati (plus 9.5) at Seattle
The Seahawks got lucky when the bonehead Texans just handed them a defensive stud like Jadeveon Clowney.

Man, if only the Bears could get that lucky.

New York Giants (plus 7.5) at Dallas
Silly Cowboys fans think they are going to be good now that their woman-beating running back is back after signing the richest running back contract in league history.

Unfortunately, they are probably right.

Detroit (minus 2.5) at Arizona
With the first pick of the 2020 NFL Draft, the Arizona Cardinals select …

San Francisco (even) at Tampa Bay
Bruce Arians has a reputation as a “quarterback whisperer.”

Pittsburgh (plus 5.5) at New England
The Monday morning headlines will be asking if this is the end of the Patriots.

It isn’t. Emperor Belichick just doesn’t pull up the hood in September.

Monday
Denver (even) at Oakland
New Broncos coach Vic Fangio lamented that he has no tape of the Raiders offense with Antonio Brown, Josh Jacobs and Tyrell Williams because the newcomers didn’t play in the preseason.

Houston (plus 7) at New Orleans
A team that gives away the week before the season has about as good a chance of winning as the Barnyard Dawg has of catching Froghorn Leghorn.