The 2023 Shrine Game roster was released at midnight Christmas morning, and 4 Mining City Seniors got that special call to suit up this coming June in Butte.

The 4 Butte seniors will be representing the West side, 3 from Butte High and a Butte Central Maroon.

Those players are, Jace Stenson, Cameron Gurnsey, and Zach Tierny, they will be joined by Butte Central Maroon Kyle Holter.

The game will be played June 17th in Butte Montana, making its first appearance since 2019. Kyle Mihelish will once again lead the West at the head coaching helm. His Bruins won the AA State crown this past season.

Stenson who played QB the past two seasons for the Bulldogs, signed with the Tech and is listed as Athlete on the official roster. Stenson earned All-State honors his senior season.

Cameron Gurnsey who just signed his letter of intent for the Griz is listed as WR of which he will also play at the U of M. Cameron who had an unreal junior year, earned All-State Honors as a senior this past season. 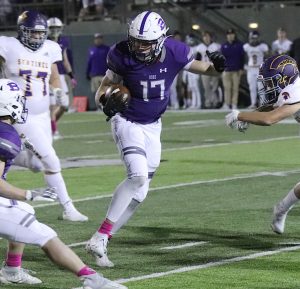 Tierney is listed as and will play guard for the west side, Tierny earned first team all-state his senior year and is an upcoming Oredigger. Zach was also honored as a D lineman. 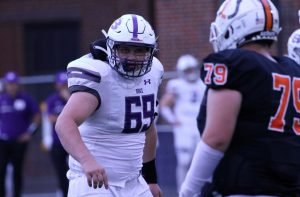 Kyle Holter is listed as and will play defensive back for the west, Holter who received All-state recognition at DB also earned All-Conference honors as a receiver.  Holter has not announced his college plans to the public yet.

Players were nominated by their schools and coaches as the best of the best, the Shrine game is a great cause and in the past decade the game has raised more the 1 million for Shriners Hospital for Children in Spokane.

There were no additional players from Butte added as Reserves.

Congratulations to all the players who were announced on both teams, roster and alternate list are posted below. 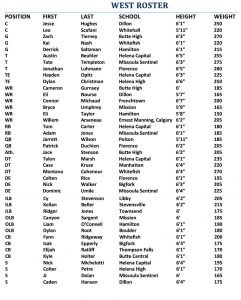 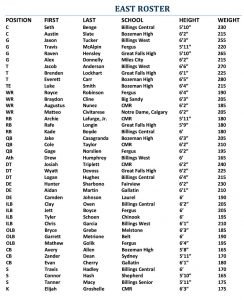 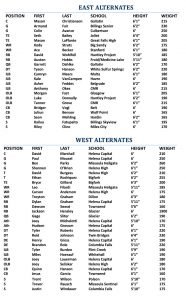